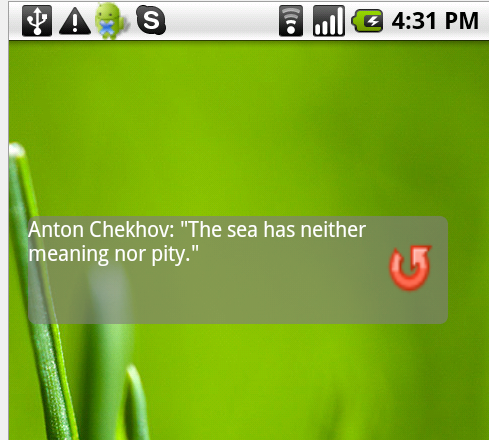 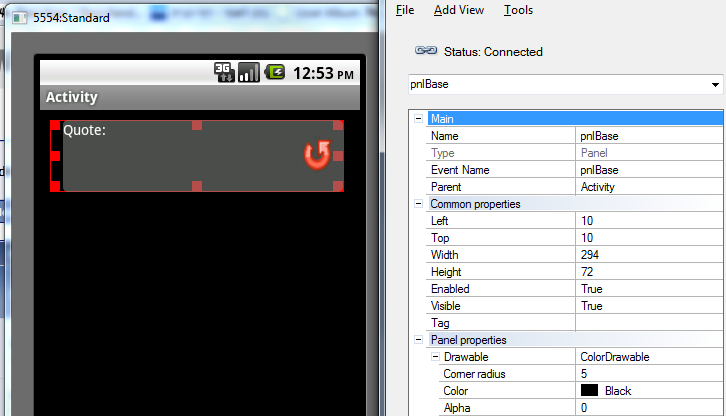 Licensed User
Longtime User
hi erel
is there a way to understand if a widget is present on any page of smathphone ?
many thanks

You can use a file to store the current status.
[B4X] Features that Erel recommends to avoid
[B4X] "Code Smells" - common mistakes and other tips

fotosettore said:
hi erel
is there a way to understand if a widget is present on any page of smathphone ?
many thanks
Click to expand...

In my (advanced) tutorial about different widget instances I have a Sub that returns all Widget Ids of widgets which are present on any homescreen.


B4X:
The sub returns an array of Ids. So if the number of Ids is bigger than 0 at least one widget is active on a homescreen.
The sub needs the name of your widget service in lowercase as a parameter.
You like my libraries and tutorials? Please make a donation

Is it possible to add a miniature picture for the Widgets? For example on my Phone with Android 4.4 you can see at the Widgets Part the Design already. There is only the app logo yet.
Hard work forever pays

This is a community forum. Please don't limit your question to a single member.
[B4X] Features that Erel recommends to avoid
[B4X] "Code Smells" - common mistakes and other tips
C

Erel said:
This is a community forum. Please don't limit your question to a single member.
Click to expand...

You're the creator of this post. Thats why But ok *Hey all
Hard work forever pays

Can anyone please advise if its possible to configure a widget to take the full width of the screen. Using a width of 294 as recommend leaves quite a gap to the right side of the widget.

Staff member
Licensed User
Longtime User
It is difficult to make a full width widget as different devices have different screen sizes and the widget size is fixed.

You can try to edit the generated xml file and use a different layout.
[B4X] Features that Erel recommends to avoid
[B4X] "Code Smells" - common mistakes and other tips
Z

Licensed User
Longtime User
Hi everybody,
how can I make the widget to get updated each time an internet connection is detected?
I need it particularly in case when the phone resumes from sleep mode or when it accesses a wifi network.
Thanks
C

Licensed User
Longtime User
You can try to check at _updatewidget if there is a internet connection...

chrjak said:
You can try to check at _updatewidget if there is a internet connection...

Thanks,
but my question was: how to invoke the UpdateWidget method whenever an internet connection becomes available.
C

Licensed User
Longtime User
You can make a service checking the connection. and then you can call the rvupdate manually
Hard work forever pays
Z

chrjak said:
You can make a service checking the connection. and then you can call the rvupdate manually
Click to expand...

Yes, it makes sense. I was just wondering if there is some easier way to do this.
Thanks for the tip.

Licensed User
Longtime User
Can I manage a widget with a Service start as foreground?
Thanks