I'm not sure what is the problem really, but i can't open AVDs. They just crash and refuses to start.

Usually it fails to allocate memory. Even if i just set it to 10MB it can't allocate.

Sometimes it Failed to open HAX device. (Note that the two images with errormessage below is taken from two different run of the same setup. So it doesn't always complain about HAX)

It always ends with 'This application has requested the Runtime to terminate it in an unusual way. Please contact the applications support team for more information.'

I got it running one time of 50 and then it took 10 minutes to actually get the startscreen... 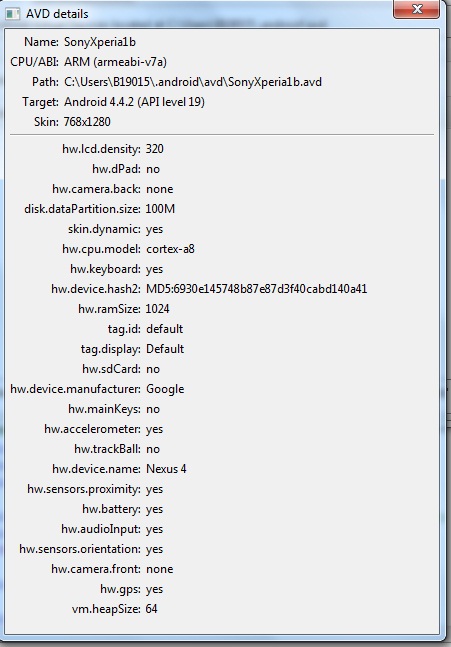 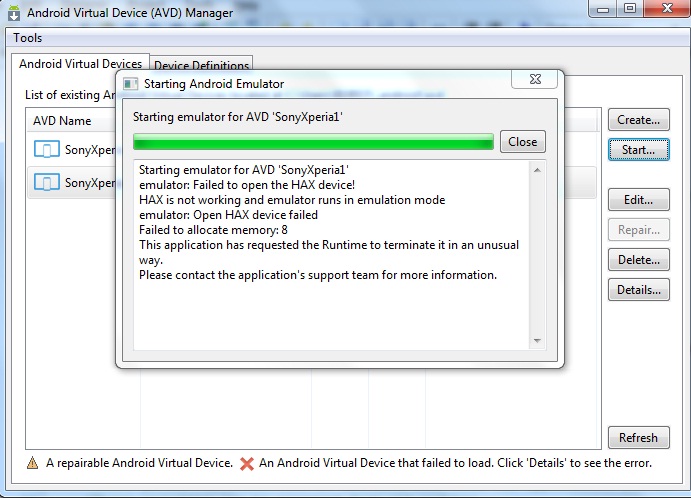 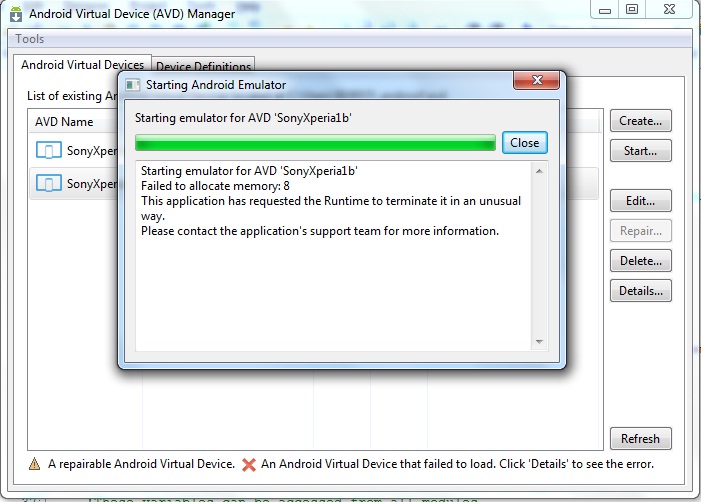 Staff member
Licensed User
The B4A version is not relevant as this error has nothing to do with B4A. The problem is in Android SDK. You can try to reinstall Android SDK.

I recommend you to avoid using the emulator at all as it is slow and unreliable. Use a real device or a virtual machine such as Genymotion.
[B4X] Features that Erel recommends to avoid
[B4X] "Code Smells" - common mistakes and other tips
Upvote 0
S

Licensed User
the standard emulator is pure horror, check Genymotion or some other decent emulator.
Did you appreciate my help here or on the chat? Maybe it's worth a small donation? Thanks in advance!
Try out my free games for Android & IOS | Free app promotion with Tappx​
Upvote 0

Licensed User
Ok, I will checkout the other one.
But still, why do I get the error messages? I've never had them before, been installed on three different computers over time but only in the last installation this shows up...
/Roger C

Staff member
Licensed User
Try to decrease the AVD memory setting to 512 (currently it is 1024).
[B4X] Features that Erel recommends to avoid
[B4X] "Code Smells" - common mistakes and other tips
Upvote 0
You must log in or register to reply here.