Based on @Peter Simpson's code (here), I developed a library that allows you to connect directly to MySql, MsSql (for the moment) databases with B4A and B4J. To be clear, you don't need JRDC to connect to the database located on a server
(I am working on a version for b4i, but it is only obtainable with a wrap. it will take a long time because I have never written a line in objective-c).
SQL library already exists for B4J and it would not be necessary to create a new library. But to maintain compliance in writing the code I preferred to develop a B4XLib that works for both B4i and B4j

Being a B4XLib class, the code is perfectly reusable. It suffices on these two jar files jtds-1.3.1.jar and mysql-connector-java-5.1.47-bin.jar. (You can find these files in the @Peter Simpson thread or on the internet). With both B4A and B4J the jar files must be copied to the libreries folder.

It is not a wrap, it does not depend on the internal SQL library. It is written entirely in B4X

NOTE: You can use this library for personal and commercial use. Include it in your projects.. Attention, even if it is a B4XLib library, it is not allowed to decompress it, modify it, change its name or redistribute it without the permission of the author

if I want write to database,How do I write
like VB6:

and HOW I modify my db
like:
Code:
can you HELP me？
thank YOU very much！
Click to expand...

Use SQL commands, in this case INSERT INTO
Star Dust

If you believe that a professional costs you too much, it is because you do not know how much an incompetent will cost you​
S

Star-Dust said:
Make sure you used the correct mar files (jtds-1.3.1.jar and mysql-connector-java-5.1.47-bin.jar).
The library has been tested on both platforms.
At the moment I cannot assist you on this project because I am off site. Next week I will be able to review.

PS. Kindly don't write with huge font, it's the same as screaming
Click to expand...

Thanks you very much the issue is resolved. 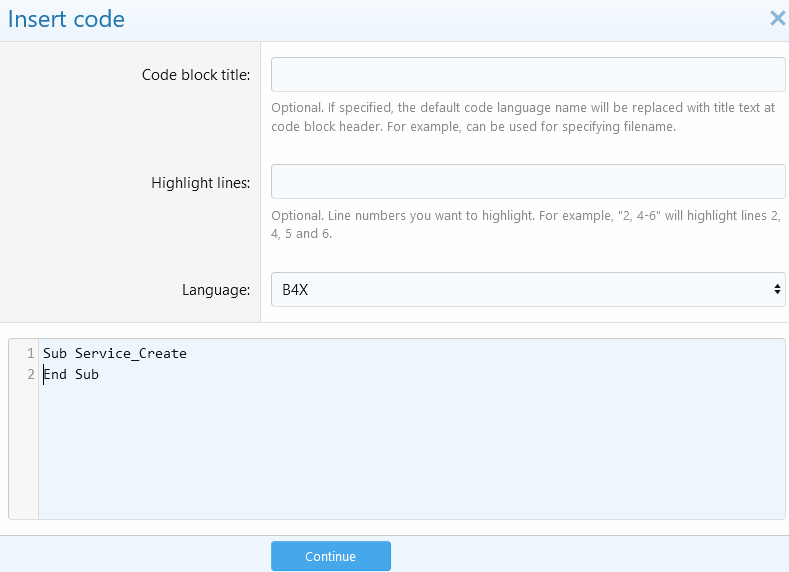 Licensed User
Hi, can you also include an example for other backends for example SQLite or it will work with the current implementation?

Mashiane said:
Hi, can you also include an example for other backends for example SQLite or it will work with the current implementation?

It is exclusive to MS SQL, MySQL
Star Dust

If you believe that a professional costs you too much, it is because you do not know how much an incompetent will cost you​
A

Star-Dust said:
It is exclusive to MS SQL, MySQL
Click to expand...

Do my libraries also work for purposes I didn't design them for? Good to know
Star Dust