This is one of my bucket list things I've been wanting to look at, game development. So I have been looking for a simple js library to use.

As the lib BANanoCreateJS is not finished (we have a long way to go, really) and this is just a first attempt at this, I have never ever developed a game before so this is a learning curve that we can experience as we go along and perhaps help each other solve some issues with this. I'm sure there are people who know how to do this with eyes closed.

So I spent a couple of hours yesterday reading and practicing and was just able to get my dancing butterflies working. On the code one will notice that just above the BANano version of the code, there is a commented javascript version so that we get the drift. Some of the things there I cant even explain myself so you will have to experience it for yourself.

When it comes to games, there is a lot apparently that one has to look at, for example
To mention a few things, here is what the butterflies are doing...


The CreateJS lib is available here. Its defined as...

A suite of modular libraries and tools which work together or independently to enable rich interactive content on open web technologies via HTML5.

Hopefully this can be a community project. The intention is to explore the canvas in parallel exploring the CreateJS library whilst working on this pet project. Oh yes, there are game engines that I found via google that one does not even have to code, but hey, let the adventure begin!

NB: You might want to clear the cache of your internet browser if you make any changes to the code.
Last edited: Aug 4, 2019
Click to expand...

Licensed User
Let's simplify things a little. Let's create a stage (where our game will run), add three butterflies at different co-ordinates, after 1 second we move the position of the second butterfly.

First we need to define all our variables / resources to use in the game in process_globals...


B4X:
We then call init to create our canvas and the stage so that we can start adding our game resources as soon as the game is started and ready.


B4X:
We have a butterfly picture that we will use on the stage, so lets add it to the 'manifest' so that its ready whenever we need it. We then start the game at 60 frames per second. This will fire the game_ready event.

On game_ready (the stage is set), lets add the characters, i.e. butterflies.


B4X:
We get the butterfly image from the 'manifest' / 'memory' and use that to create 3 butterflies for the stage using createjs methods. We also set the X positions of the butterflies, being 200, and 400 for the 2nd and 3rd butterfly.

We then use the AddChild method to add each of the elements to the stage and then 'refresh' the stage by calling game.update.

This will just create images on the canvas without any type of action. So we want the second butterfly to move after 1 second, so we fire the SetTimeOut method to call the 'movebutterfly' method.


B4X:
The movebutterfly method reads the last position of butterfly 2 and moves it down the stage. Each time we have a change to the object we need to update the stage after setting all properties.

Lol. For a while there I started to think about the Romeo and Juliet play I watched. This is starting to make sense when I look at it from an acting perspective. There is a stage, there are actors, they follow a script, move, cry, collide etc.

We will add more functionality to this as we go along. Enjoy!

In out last example we made a demo using SetTimeOut and just moved the butterfly to a Y position without any animation. With tweening we can do better.

This lesson demonstrates the following process

So here we want the Y position of the image to be 100, when the image is added, its position is 0 in this case. We will use Tweening to do the steps 1 - 6.

This is achieved with..


B4X:
So within 1 second, the butterfly Y position should be moved to 100 paces. So

1. We get the image to animate
2. We change the properties of the image
3. We move the image to the new position within 1 second.
4. Each time the ticker fires, it calls game_update, so there we can process the stage update to reflect the new changes.

NB: As this is a lib in development, some things are being added as we go along and some things will change. Each lesson code comes with new changes and anything changed will be reflected.

Our lesson 2 introduced us to tweening, a process of having to be able with just a few calls one is able to redraw their images. Lessons 3 - 9 takes one through tweening (using wait) and also a tweening callback that can be ran when the tweening is complete.

Lesson 3: Demonstrating another tweening property. We change the alpha property of the image to make it fade into the stage..

Lesson 4: Demonstrating Tweening Wait i.e. before an image animates, wait for some millisecords for it to fire. Notice the delay with the animation start up.

Lesson 6: Now that we have seen how animation and tweening works, lets look at how to add shapes to the stage with some shapes. We have been adding pngs before. We end up animating one at the center of it.

Lesson 7: Let's create a bouncing ball. It happens to be yellow!

Lesson 8: Let's create a UI widget, a progress bar, this can be used when your game is loading and preparing to load.

Lesson 9: Now that we know how to create shapes and load images to our stage, lets add some events. We have added a mouseover and mouseout events to our circle.

Soon we will be looking at sprites and other things and eventually developing a game.

Color Drop is a simple color-matching game where the player must drop each game piece in the correct slot by matching their colors.

For this lesson we are not tweening and we are not using FPS to run a tick. Simply by updating the stage the changes made are updated when we click.

The code is rather simple

On int, we prepare the game so that its ready for us to add the display objects.


B4X:
this generates a game_ready event where we add our circle..


B4X:
We add a mouseup event to the game to detect when a user clicks the game area
We add a circle using Initialize2 this time (this automatically links the object to the game) and specify the shape properties
After we have added the circle to the game with .Add we update the game stage and then add a click event to the circle.

When the circle is clicked, we read its X (axis) position, increment that by 10px and then update the circle position and also update the stage.


B4X:
Now, when the stage is clicked anywhere, we want to move the circle to that xy point.


B4X:
We use .GetStagePoint to get the X/Y position at where the mouse pointer rested. You will note this is derived from the BANanoEvent object. We get the point and then set the circle position for x and y and then update the stage.

PS: Some improvements were made to ColorDrop for ease of use. This is part of this code. This included assigning a BANanoObject back to CreateJSShape.

Licensed User
Lesson 12: We look at drag and drop where one can drag and drop an image. This uses another event handler for the shape.

Lesson 13: We add the tweening to the shape class this time around. This makes it a better implementation than directly to the game class.

This is just an introduction to the spritesheets and their functionality. So we get to get grant running. We have created CreateJSSprite, CreateJSSpriteSheet and CreateJSAnimation classes for this. 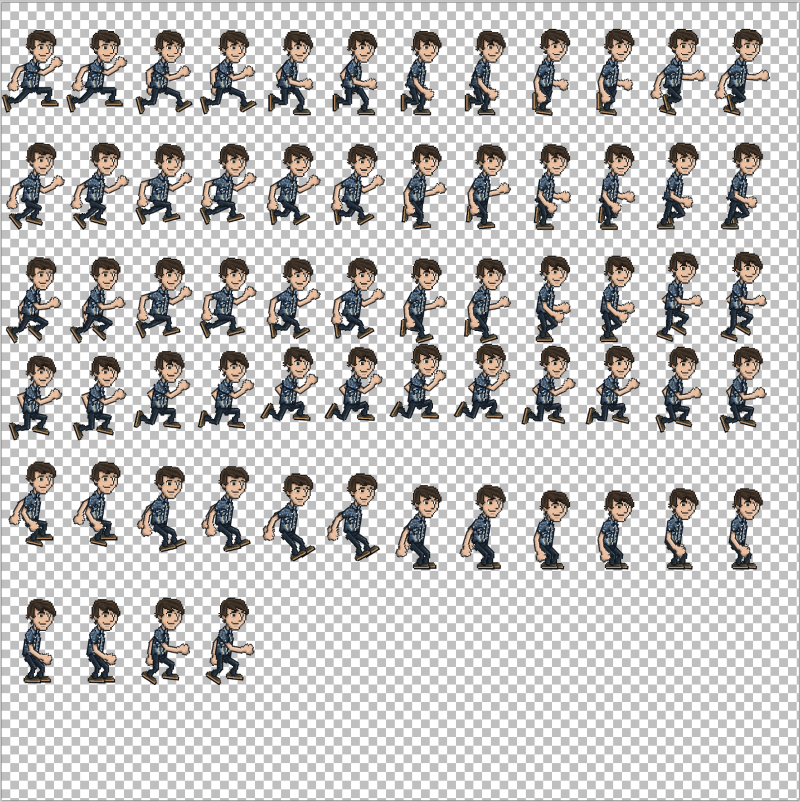 From this sprite-sheet we create an animation for running and jumping.

We define the SpriteSheet and the grant Sprite.


B4X:
On game_ready, we create the spritesheet to make the game work.

In this lesson we detect keyup, keyleft, keyright, keydown movements.

When you initialize a game, there are two events that are created, keyup and keydown. To trap these on your module, you add..


B4X:
One then is able to detect the keys and then perform some actions.


B4X:
Ensure the focus is on the canvas first.

Licensed User
Taking again from the previous example, we create a paddle for a game. We move the paddle from left to right.

We prepare the stage and when the game is ready we create the paddle.


B4X:
During the game execution, we trap the keypress events for left and right buttons.


B4X:
The game has been started at 60 frames per second, so each time a tick fires, the game_update method is executed. 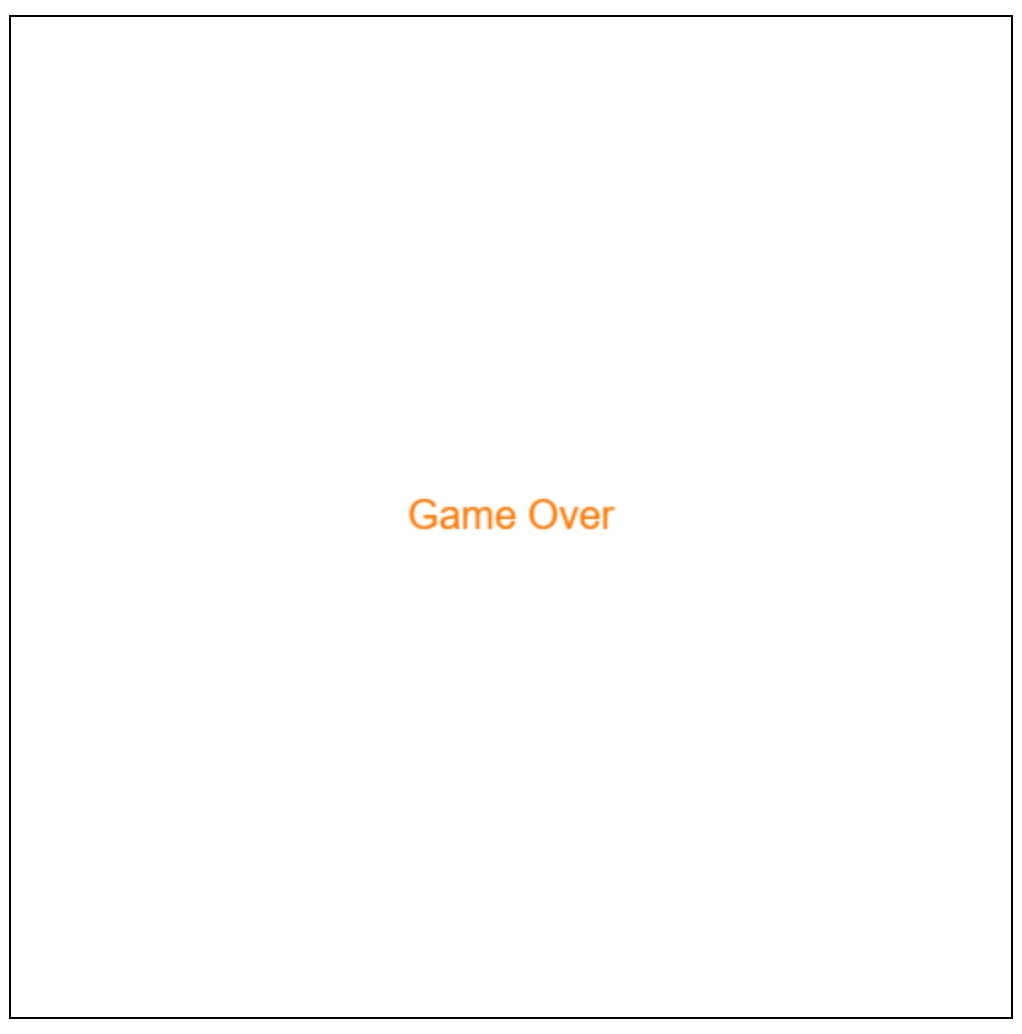 Licensed User
We created a Game Over screen in our previous post, let's use the DOMElement object of CreateJS now and create a tweening 'instructions' screen.

We add a gameholder to the body of the page. This time we render the canvas of the game to another div and use a DOMElement to use the instructions on the game. This then means we can render any html element to our game as we need.


B4X:
The instructions are just basic HTML with some styles applied to it.