Licensed User
I have a device, a weighing scale with rs232 output
In several different geographical places (therefore not connectable via cable) there are led numeric displays that must show information such as when it is produced by the scale
I would like to connect the 'producer' scale to the 'user' display using common Android smartphones, with otg cable and usb to rs232 converter, both on the scale side and on the display side
Basically I would like to create a system that simulates a cable and obtains the same effects that would be obtained by physically connecting the tx pin of the rs232 balances with the rx pins of the numerous displays.
What code to use to acquire the information from the source rs232, transmit it using the telephone data network, and emit it on numerous rs232 recipients? 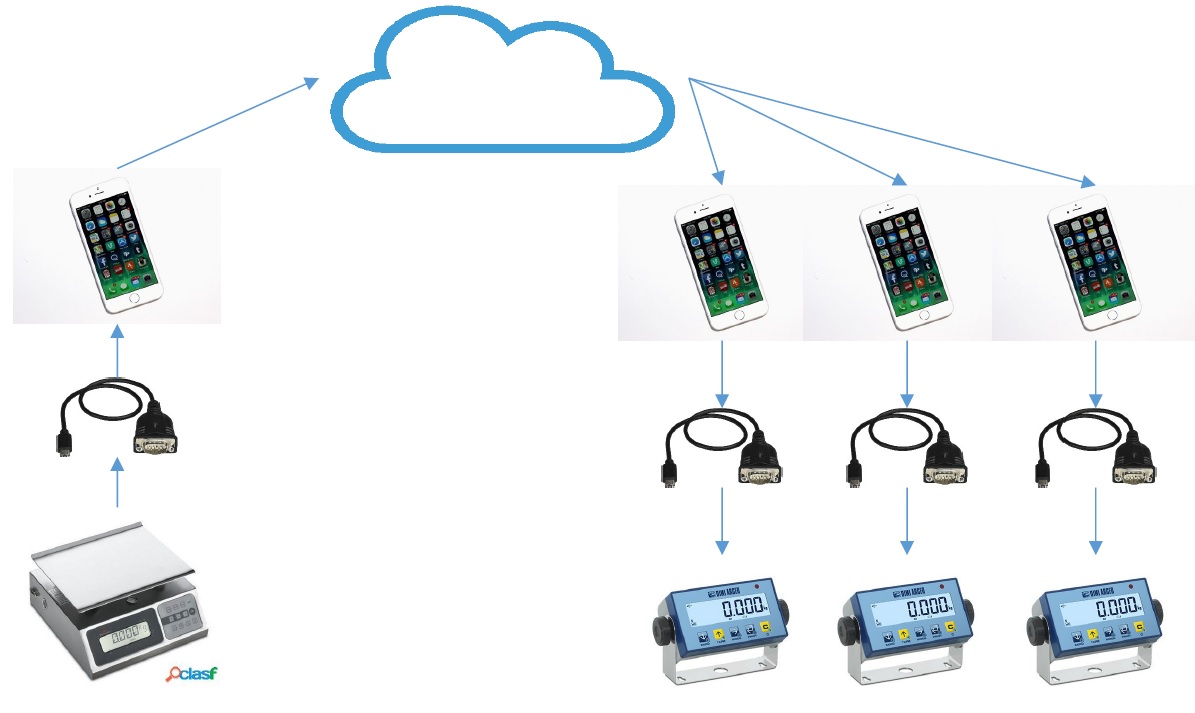 vecino said:
I hope that you are also very well
Click to expand...

Use an external cloud service, such as HiveMQ or the like for internet-based MQTT broker support, its alleviates you from needing another device to host as a server.
Upvote 0
You must log in or register to reply here.

Android Question Usb to Rs232 - which usb-rs232 converter did you use?