B4R Question No Designer, how are TFT screens made? (Do you know GUIslice?)

I installed the B4R and noticed that there is no Designer, how are TFT screens made?

I have found a project that is starting, and it promises to be very useful, maybe you can talk and join forces to make both projects better.

GUIslice is a very lightweight platform-independent GUI designed for embedded displays, from an 8-bit Arduino with 2KB RAM to the Raspberry Pi. The library supports creation of multiple pages of buttons, text, images, checkboxes, sliders and other graphics primitives. New UI / widget types can be created easily. The core GUIslice library is written in pure C.

GUIslice is intended to be used with Raspberry Pi and all Arduino adaptations (ATmega, STM32duino, ESP8266 / NodeMCU, ESP32, Adafruit Feather M0, nRF52, etc.). In addition to RPI, GUIslice works in other LINUX-based platforms including BeagleBone Black and Virtual Machines (VM). The LINUX operation supports framebuffer-based displays without X-windows / X11. Touchscreen controls are supported (both resistive and capacitive), but it is also possible to run on non-touch displays. Keyboard / GPIO / button navigation of the GUI is also available.

Arduino users can run GUIslice in a LINUX environment as a simulator.
Click to expand... 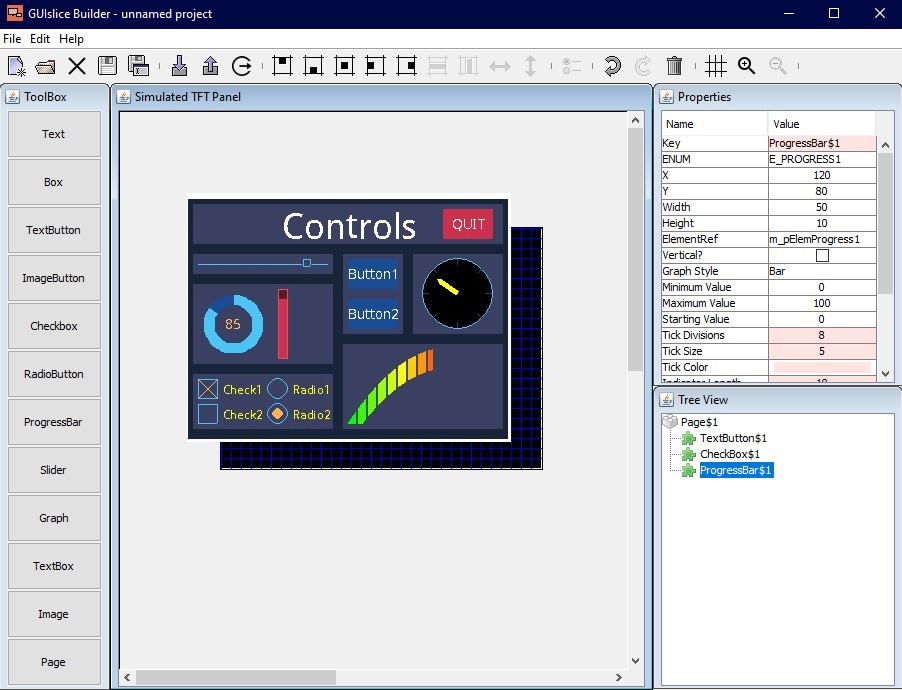 Offset the expense against design time and coding on the other screens versus these Nextion screens and a different story starts to appear pertaining to expense.