Staff member
Licensed User
Longtime User
What happens if you try to run B4A Sdk Manager without wine? It should work if Java is installed.
[B4X] Features that Erel recommends to avoid
[B4X] "Code Smells" - common mistakes and other tips
Upvote 0 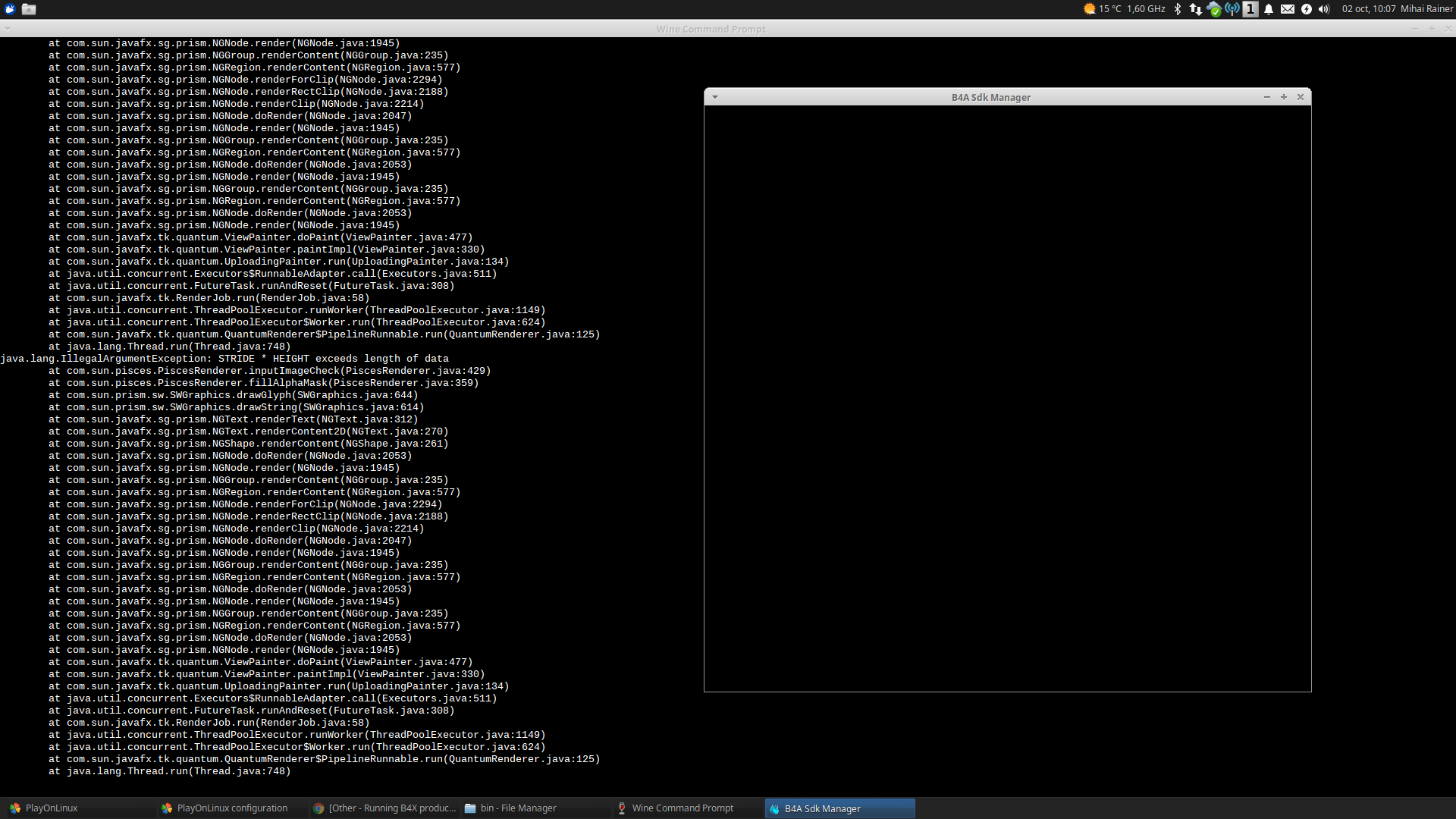 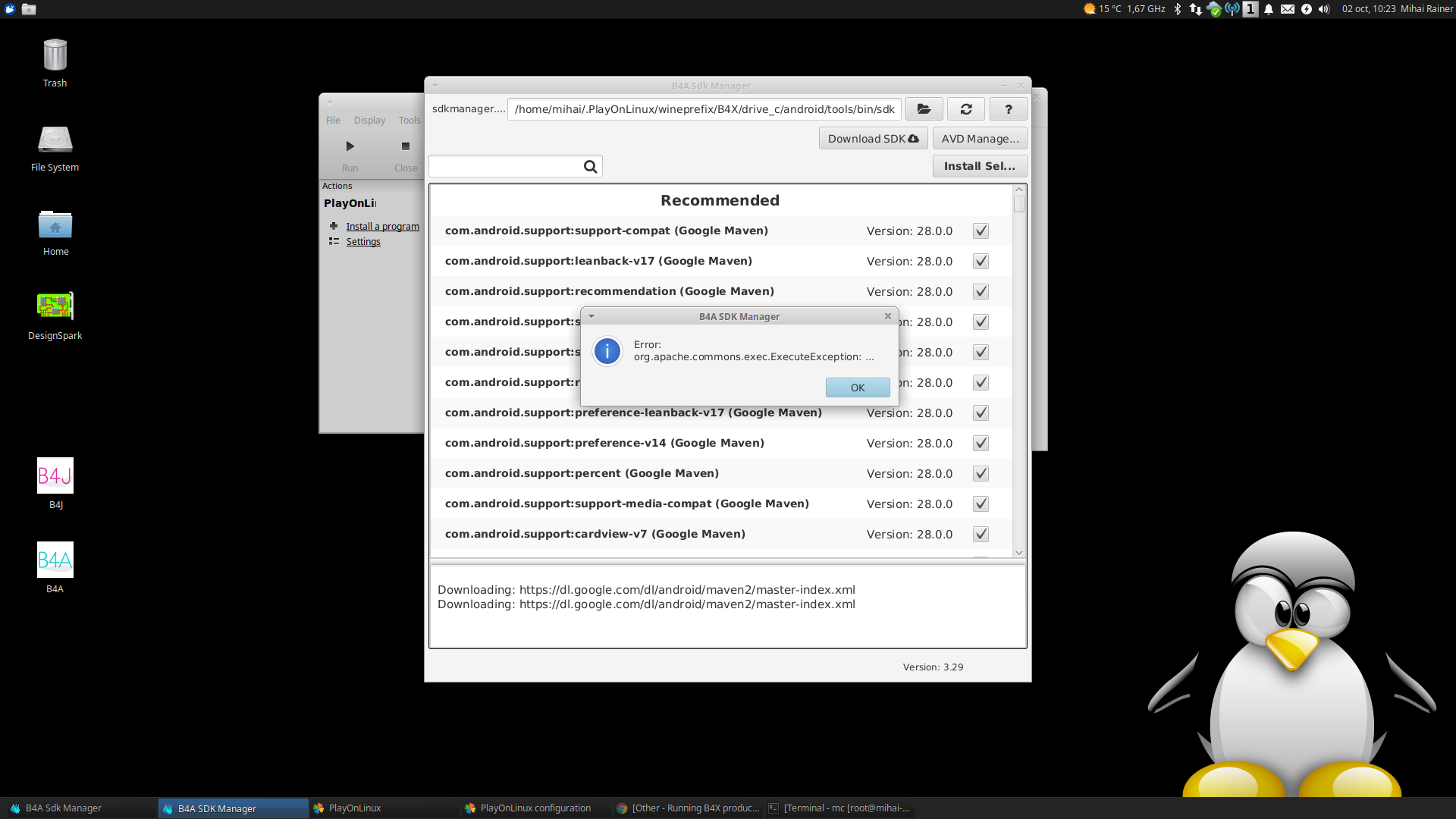 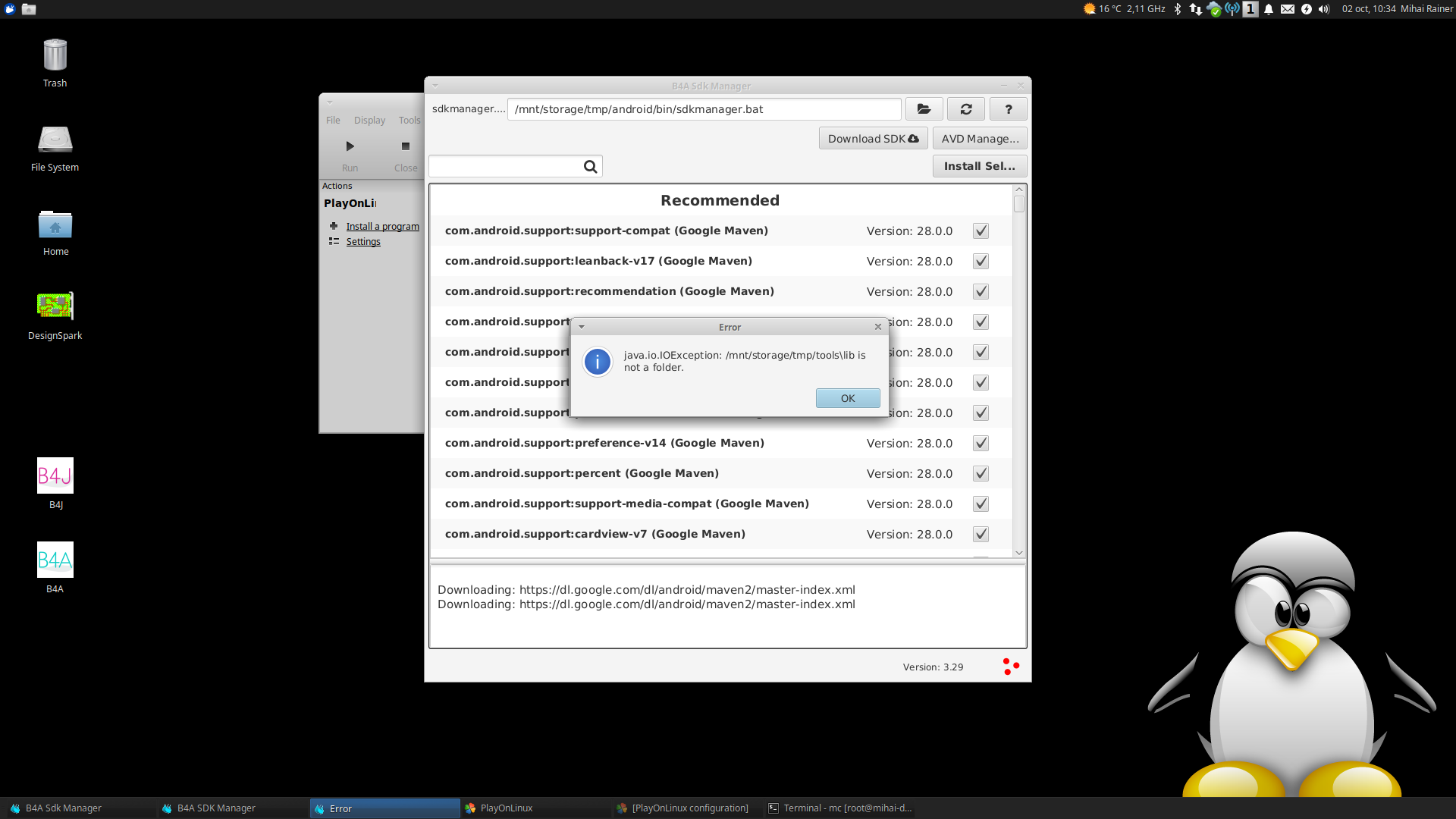 Staff member
Licensed User
Longtime User
You can play with the source code: https://www.b4x.com/android/forum/threads/b4a-sdk-manager-source-code.91995/#content
[B4X] Features that Erel recommends to avoid
[B4X] "Code Smells" - common mistakes and other tips
Upvote 0
You must log in or register to reply here.