Screenshots of the Abstract Designer

Staff member
Licensed User
The next version will include a complementary designer tool named Abstract Designer. Unlike the current visual component which runs on the emulator or the device the abstract designer is a window in the IDE.
As this is a regular form inside the IDE it is much easier to work with and it is much quicker.

Using the new Abstract Designer it will be much easier to test your layout on multiple screens: 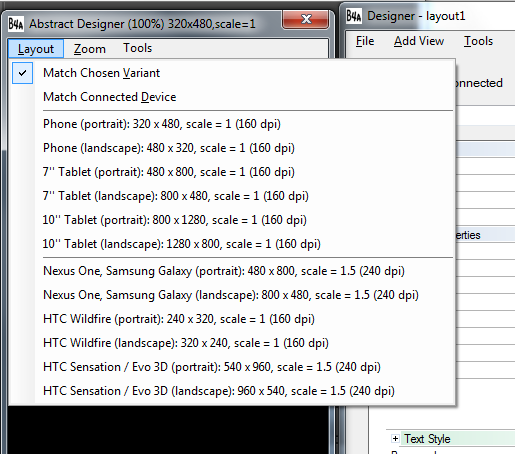 The new designer supports multiselection and also allows you to access views that are located outside of the current screen (very handy when creating new variants based on existing): 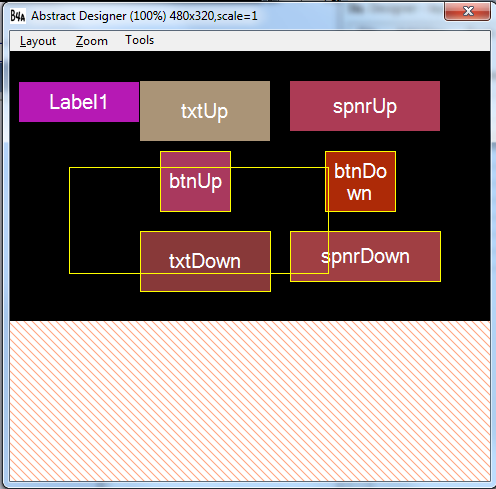 Looks great. A little like the SDK.
When will it be out?
The difference between stupidity and genius is genius has limits. -- Albert Einstein
H

Licensed User
Looks nice, but why is it called "abstract" it looks fairly concrete to me?

Licensed User
That looks great Erel, and will save a lot of time.

Steve
If you profit from my contributions or just find them useful feel free to:

Licensed User
Oooooh! Upgrading to Enterprise to keep those updates coming was the best money I ever spent!
www.CardSharkGames.info

Licensed User
Looks great! Looking forward to the next update!

A beta version will probably be released in a few weeks.
B4X programming - video tutorials
All Android developers should read
Teaching programming with B4X

Licensed User
coool....
cant wait to have an update
S

Thank you so much.
I'm not good at English, please understand. Thank you.
H

Erel, this is great news, I have one question for you.

Will it be possible to See/Access the code generated when using this designer ?.

I am looing forward to the update.

Licensed User
Susu, It might be easier for you just to enter the values left top width height etc

I want to move views pixel by pixel by using arrow key.
Click to expand...