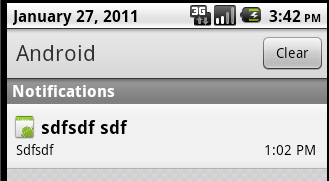 Licensed User
Longtime User
Thank you for this tutorial.

Licensed User
Longtime User
Can anyone confirm my belief that the GPS events do not get triggered when the screen is off, yet the service is running?

Simon Smith said:
Can anyone confirm my belief that the GPS events do not get triggered when the screen is off, yet the service is running?
Click to expand...

I have never used GPS but:
1) I do not think there can be reasons for which events should not be triggered;
2) on site you can find examples, like I did (this is the first I found)
B4J Source code of lmSnippets Manager & lmPWsManager

Licensed User
Longtime User
Afaik they should be triggered. Some years ago I wrote a simple GPS logger app which recorded the NMEA sentences to a log file and as I remember it was working in sleep, with screen off using a service.

Staff member
Licensed User
Longtime User
You should use a foreground service together with partial lock (PhoneWakeState). Otherwise the process will be killed while it is in the background.
[B4X] Features that Erel recommends to avoid
[B4X] "Code Smells" - common mistakes and other tips

Licensed User
Longtime User
Agree with Erel - this confirms my findings in latest Android 5.
You must log in or register to reply here.