Apart from the default coding that's created when a new app is created, do I need to add anything to keep my timer ticking in the starter service? It stops after a few hours of having the device screen off.

Thanks.
Sort by date Sort by votes

Staff member
Licensed User
Longtime User
Call Service.StartForeground and acquire a partial lock with PhoneWakeState. Otherwise the OS will kill the process when it is in the background.
[B4X] Features that Erel recommends to avoid
[B4X] "Code Smells" - common mistakes and other tips
Upvote 0

Thanks for the reply.

Maybe the crashing is caused by the other issue we have faced with using notifications after compiling with the current B4A version. That issue crashes our test phone as well. We were able to do a work-around by initialising the notification every time it's used like in the following code in which case does not crash the app:

In a sub routine.

In our original existing apps, we initialised nNotify first and re-used the notifications like this:

In a sub routine:


B4X:
In a another sub routine:


B4X:
We already tried to initialise nNotify prior to using using the following without success:


B4X:
The app runs only if we comment out the StareForeground statement.

Is there an alternate statement we can use to start the service in foreground mode?

How do I edit the title of this posting? I need to mark it as solved. I used the following coding instead of
Service.StartForeground. At lease it will force the serveric to run in the foreground.


B4X:
I do have one more question. Can we tell this statement not to vibrate the phone and not have a notification sound? Most of our customers don't want it to do that. That's why we turn those off when we initialise the notifications.

Thanks so much.
Upvote 0

rleiman said:
How do I edit the title of this posting?
Click to expand... 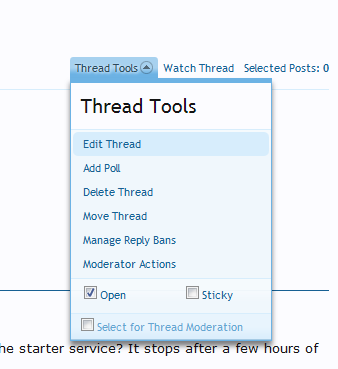 rleiman said:
I do have one more question.
Click to expand...

Please start a new thread for a new question.
[B4X] Features that Erel recommends to avoid
[B4X] "Code Smells" - common mistakes and other tips
Upvote 0
You must log in or register to reply here.