Licensed User
I have a series of textfields on a layout which I wish the user to be able to 'TAB' between each.

Pressing Next on the keyboard doesn't seem to set the cursor automatically in the next field so I have added a textfield_EndEdit event to each textfield to set the focus in the next text field.

This seems to work initially however it then repeatedly fires the EndEdit events of the text fields in sequence sending the focus around the fields automatically in a loop before eventually randomly stopping on one of the fields.

I'm fairly new to iOS development and wonder what is the best way to implement tabbing between textfields? Would be grateful for any help.
Sort by date Sort by votes

Licensed User
What i do is keep a "tag" on each individual textfields that incremented from 1 to the number of textfields and keep a global variable "index" to have a cursor of sorts. I then loop through my textfield object to find the one that has the right "tag" (or index + 1). I just RequestFocus on the one found.

I am very unsure if its the best way to do this but it works well.

Licensed User
Many thanks Yvon, I will give this a go.

Can I ask on what event do you call this routine? Each textfield_EndEdit?

Thanks again for you help.
Upvote 0

Licensed User
I personnaly would put it on the EnterPressed event, as EndEdit is also launched when the keyboard is "minimized"...
Upvote 0

Licensed User
Thank you Yvon for your help, everything makes sense to me now!
Thanks again.
Upvote 0
G

Licensed User
I tried this on a button click routine. If finds the 4 text fields but it never finds a match between v.tag and index +1. When i break on that line i do see it match but it never drops down on the the Dim txtf as TextField = v line
Upvote 0

Graeme M itchell said:
I tried this on a button click routine. If finds the 4 text fields but it never finds a match between v.tag and index +1. When i break on that line i do see it match but it never drops down on the the Dim txtf as TextField = v line
Click to expand...

Make sure the tag is of the same type "string" vs "int" might cause problem?
Upvote 0
G

Licensed User
Can you show a portion of the code?
Upvote 0
G

Licensed User
Maybe its my misunderstanding but you're not setting index to 0 anywhere in the code?
Or whatever your first textfield's tag is...
Upvote 0
G

Licensed User
There's something wrong with the condition, at some level the two are not equal (v.tag and index) else it would fall in the IF statement...
Upvote 0
G 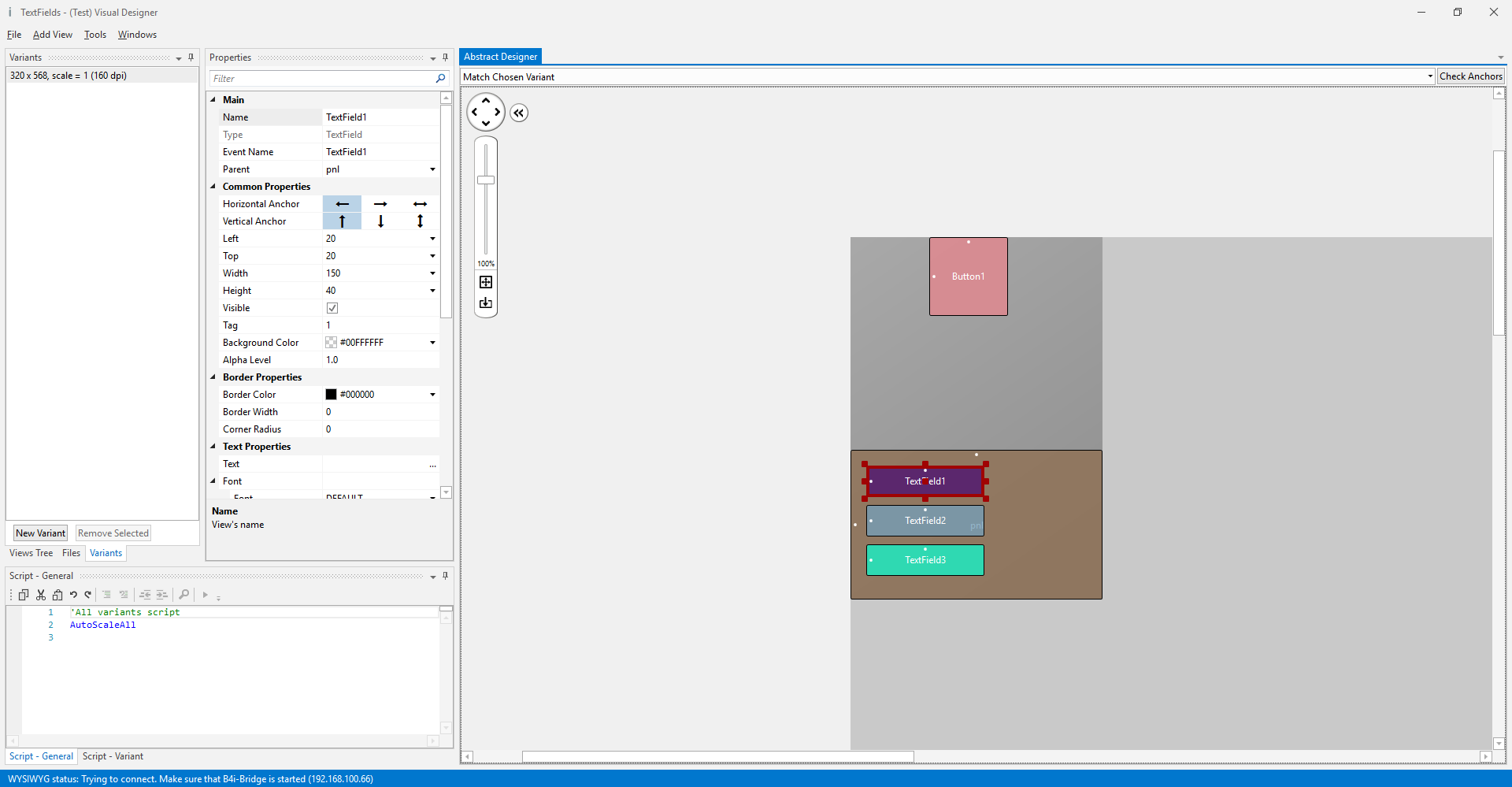 Licensed User
I still suspect that the Textfield tag is read as a "STRING" type and the other tag is an "INT" type. Here's a simple test to make sure im wrong:

Licensed User
you are absolutly correct and now the code works. I cannot thank you enough, I would have been beating my head against the wall for days
Upvote 0
You must log in or register to reply here.

iOS Question textfield does not continue to next line