I'm developing a cross-platform application, Android version first, and I've found a strange behavior with Windows 7. Am I doing something wrong? Or there an "Issue".

When I'm doing debugging on a target device, usually a tablet with Android 5.0 or higher, I'm connecting the Visual designer to the Tablet over the USB connection so I can watch the changes in real time on the target device, meaning the Abstract Designer is set to "Match Cnnected Device". Visual Designer connects to the tablet without any problem, but the Visual Designer window is frozen in position on the Windows desktop until the first time that the "Activity.LoadLayout" line of the target Anrdoid application runs. What's odd is that I can resize any exposed corners or edges of the B4A Visual Designer, but the drag Window function is suppressed. This is irritating because I often change between the display of my laptop and a larger external monitor. When the laptop display changes, the startup position of the B4A windows also changes, and half of the Visual Designer window can't be seen and I can't move it. If I compile the application as a "Release" version and let that run, then the dragging of Visual Designer is also freed up.

I don't know if this is related, but it often happens that I'm running my Android application using the B4A IDE Debugger because I have to monitor how the application interacts with a complicated custom piece of hardware. If focus shifts from the B4A IDE to the Visual Designer (no changes, juct click on the Visual Designer Window) then the debugger halts. The Debugger in the IDE has no problem running in the background, I can shift focus and work with the Microcontroller IDE that I'm running at the same time, or I can shift focus to any other application like Notepad without any problem. But clicking on the Visual Designer window halts the debugger. Odd.

Now that I have a workaround it's not a showstopper. Is there a setting I'm missing? Am I using the B4A tools incorrectly?

Staff member
Licensed User
Are you sure that the designer isn't in script mode? 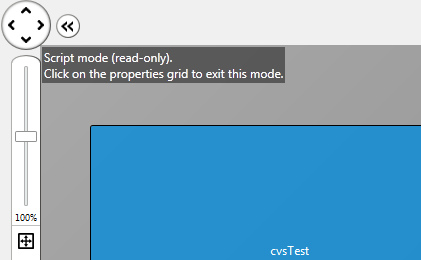 Staff member
Licensed User
Can you write the steps required to reproduce this?
[B4X] Features that Erel recommends to avoid
[B4X] "Code Smells" - common mistakes and other tips
You must log in or register to reply here.

A
Wish Window with list of layouts in the Visual Designer