Following the problem I got HERE, I have a suggestion. The problem I had (and I had several times before actually) is that one of my library was still using the jServer library, which I didn't want to use anymore.

The problem was that I had to open each library source to see which one was causing the problem. I have a suggestion to maybe simplify this process: 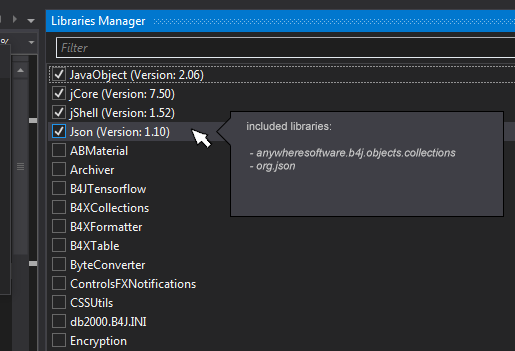 It would be great to hover on top of a library and see which library is included in that package. It would be even better to see the version of that library, so we could upgrade any old libraries with new versions!.