did someone use a object database?

what is object database? you mean save object in a database instead of only strings or integers?

if yes then yeas i did. i use key value store for that and its working awesome.

you just convert your object to an array of bytes() save it in your database and then convert back from bytes() to object when you want to use it.

jein
English ist immer so mehrdeutig
Ich will wissen ob jemand eine Objekt Datenbank beruflich nutzt.
i will have this = ich will das haben
i will do this = ich will es tun
will
der Wille
wollen
"i would like to know..." ja klingt besser als "ich würde gerne wissen"

in a normal database u need tables and fields and references between tables. that is a fix struct.

you mean save object in a database
Click to expand...

i think its more object serialization into binary or xml.
u can have a complex hierarchy of objects where each can have a list and in this list are other objects that have any kind of struct that u can use in c# or c++

example a 3d vector, its not a default data type of a ms sql database.
if u have a vector class that have x,y,z values
and u have a position a,position b you will end up in a flat struct
positionax,positionay,positionaz,positionbx,positionby,positionbz
(btw code first did not work in ms enviroment)

i believe in a object database u can just add a object into this database and there is no predefined struct.

my prototype:
long ago i saved a complete invoice as object serialized xml into a ms sql database as single field. (serialized into binary is faster but not good after class changes)
load/save of thousands of invoices was very fast.
instead of sql querys i load all i want into memory and filter my data with the class propertys or methods.
to prevent edit of multiple users at the same time i made a owner mechanism.
import/export of data into file was also easy.

so back again to the "Object Database"

indeed the KVS works like a key & value Map BUT the value (or key) can be an object what means you can create a custom type and store any object to it and then store it in your db and read back from it. so it should not be a problem to add new parameters to your db


B4X:
now use myValue as the object and any id for the key and you can store it with kvs without any problems. then you can read that object and use it as you wish.
you can ofcourse store images, strings, integers, ... or anything you like in that custom type and then convert to byte() and store on your DB using kvs. so its very simple to use and very powerful!
Free Sources: Link! (for learning purposes only)
Libs: App From | MST | Popup Menu | AppInfo | Gif Maker (B4i) | il_AudioPlayer | il_FilePicker
Full B4x Game (incl. source + tutorials): Link!
My Apps: Sagital Android | Ilan IOS | B4XPages Transition: Link!
(If you find my work useful please consider a small donation or buy me a coffee


B4X:
can u save this MyObject also in key,value store?

MarkusR said:
can u save this MyObject also in key,value store?
Click to expand...

yes i can, an example is attached

MarkusR said:
i will look into (ich werde rein gucken)
Click to expand...

ilan said:
i will have a look at it (just kidding)
Click to expand...

MarkusR said:
i will know if someone use a object database for a business application?
Click to expand...

Besonders höflich wird es mit..
Dear Parishioners,
I would like to know if someone use a object database for a business application.

Licensed User
When you say "Object Database" are you referring to ORM (Object Relational Mapping)?

Diceman said:
When you say "Object Database" are you referring to ORM (Object Relational Mapping)?
Click to expand...

Sorry @MarkusR,
I've just noticed that Ilan has changed his Avatar and looks absolutely nothing like I imagined, maybe it's the woolly hat that he's wearing.

And no, I played around with OD years ago just for the fun of it, obviously I stuck with RD thank you very much. But saying that, because of the predefined structure of OD, it's apparently extremely fast at accessing search queries, well that's what I read years ago.
Simply Invoice

Peter Simpson said:
I've just noticed that Ilan has changed his Avatar and looks absolutely nothing like I imagined, maybe it's the woolly hat that he's wearing.
Click to expand...

yeah you are right. thats me without the woolly hat 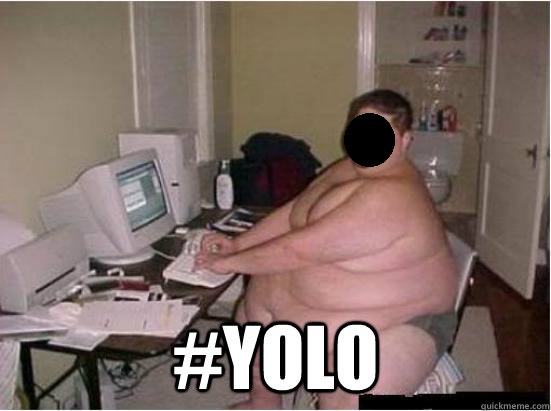