IMPORTANT
This source will not work in newer versions of WA which store data in internal folders and no longer in the external root​
Last year I posted on Google Play an app that cleared WhatsApp from duplicate files (images, videos, audio, documents) or let you preview and delete files that were no longer interested.
It also allowed to move the files to dropbox, so as to free the device memory.

Google Play asked me to move the word WhatsApp at the end of the title because this could create confusion with the original App and then I could post it, after a while I removed the app and admonished me saying I did not have to use the word WhataApp.

I could have changed package name and app name and redacted it with a new icon .... but I did not care ... and did not produce much revenue.

But for me I find it useful so I would like to share the app with its source code.
(Beware if anyone has the idea of dropping a clone and publishing it, with 3 suspensions going out of the Play Store, red card)

PS. You must replace the DropBox library that now uses deprecated APIs
The code is compress with Zip and Rar

Expert · 48 · From Sicily-Italy-Europe-Earth-Solar System-Milky Way
The purpose of the job is to earn free time.

Thanks for sharing. I think B4A community will benefit for your code in understanding the logic of the project.

As a developer, we use the idea from example codes from books, net, old codes, even different language (clipper idea in vb) etc. So why are you forbidding ? I do not think anyone will just plain compile and upload your code. If that was true then "Share Your Creations" would not have 1000+ apps. with codes.

BTW store has thousands of "cleaner" apps and all do the same thing, still not clones.

Licensed User
I can not ignore the evidence, someone will think about making changes and publishing. It is a risk that I have taken into account, at least to notice who will (and I'm sure it will happen) the dangers that they encounter. 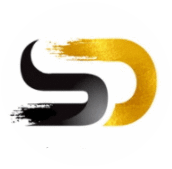 What you advised is correct and we welcome it. Your contribution is helpful to all of us including me.

I was just trying to explain the quote "Do good and forget". If you felt wrong, sorry.

Sorry for posting in a old thread But I am just wondering to know does this WhatsApp cleaner also work on WhatsApp modified version like this gb whatsapp which I am using after having some bug issue with WhatsApp...
You must log in or register to reply here.