Staff member
Licensed User
Longtime User
Joints connect two bodies.
There are all kinds of joints and they can be used to implement interesting physical solutions.

WeldJoint - Very simple joint. The two bodies are strictly connected with zero movement between the bodies. Note that it is possible that there will be some relative movement if strong forces act on the bodies.
WeldJoint is used here for the fence graphics. We want the fence to move together with the "chain" element.
We could have achieved the same effect by creating a body with two fixtures. However this is not possible with X2TiledMap. The WeldJoint makes it simple.

RevoluteJoint - This is a more powerful joint. I'll quote this nice tutorial: http://www.iforce2d.net/b2dtut/joints-revolute
"The revolute joint can be thought of as a hinge, a pin, or an axle. An anchor point is defined on each body, and the bodies will be moved so that these two points are always in the same place, and the relative rotation of the bodies is not restricted.

There is almost no code in this example. The bodies and joints are defined in the map json file. 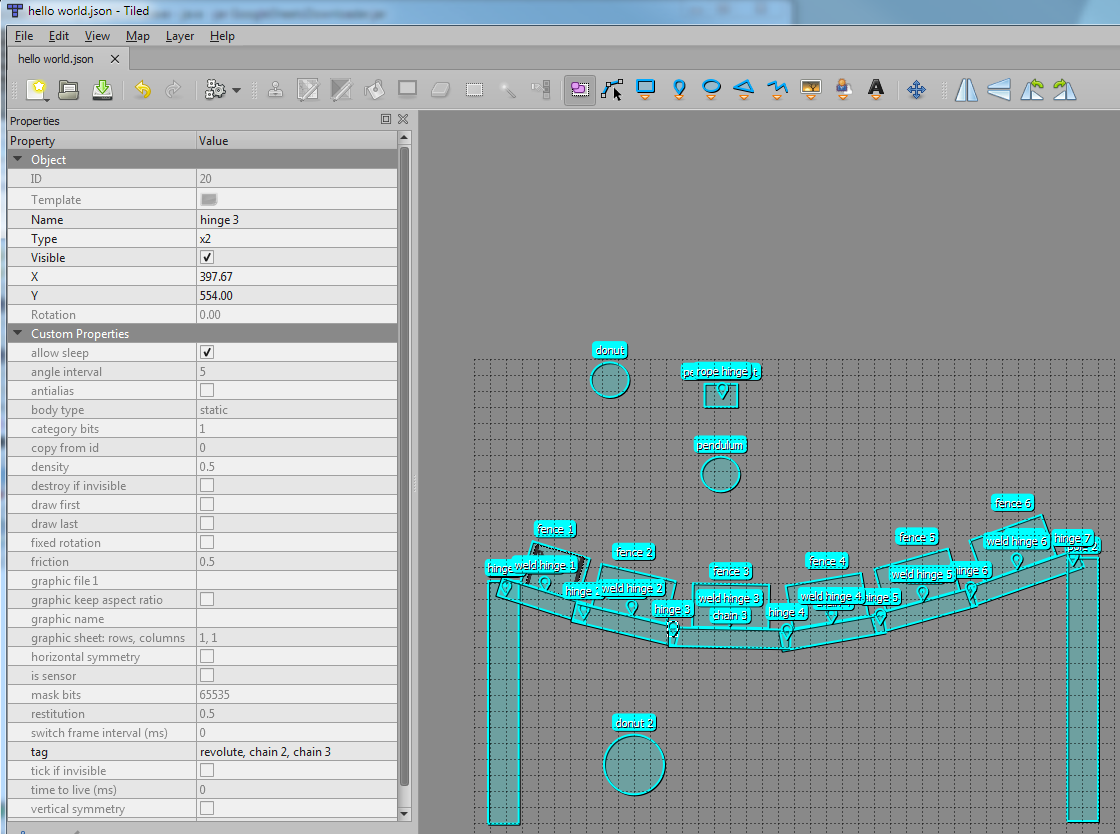 There is a new 'tag' property. Make sure to update the custom properties: View - Object Types Editor - File - Import .

The tag is used here to define the joints. For example:
revolute, chain 2, chain 3

This means that it will create a RevoluteJoint in the hinge position with the two specified bodies.

The rope drawing requires special handling as there is no body and the rope size is dynamic.

This example is included in the examples pack: https://www.b4x.com/android/forum/threads/xui2d-example-pack.96454
[B4X] Features that Erel recommends to avoid
[B4X] "Code Smells" - common mistakes and other tips