Staff member
Licensed User
The JSON libraries, which are internal libraries, were updated. The new version is 1.20.

There is a new JSON type which is used to convert maps or lists to json strings and vice versa, using the new As keyword.
The idea is that you have a collection or string, you direct the compiler to treat it as "JSON" and then convert it to a string or a collection.

B4X:
It also works with Lists.

The compiler will show a warning on line 12 unless we add the 'ignore comment. The warning is incorrect and will be fixed in the next version of the IDE.

B4X:
Unfortunately, the vice versa does not work, from map to string

Staff member
Licensed User
That's true. It is related to the way CreateMap is implemented. You will need to set it to a variable first:

I think the iOS version you made available is still at 1.01 instead of 1.20 as indicated in the editor 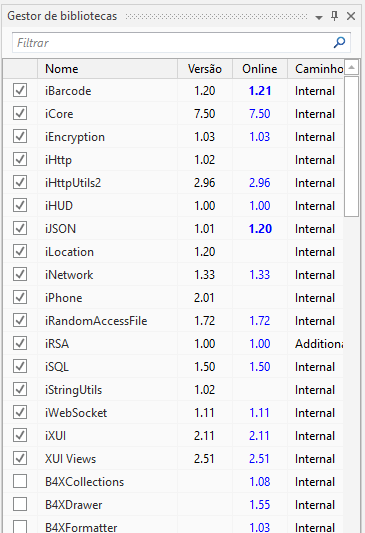