This is now available on Open Beta... So there are still some items to be addressed, but hopefully not too many.

It's my first attempt at a game ever!


Left hand side of screen moves the players' ship. The right hand side fires a shot.

Any feedback is welcomed!

I just tried this game.

Menu has the traditional arcade cabinet artwork which is always nice, hopefully Taito has no problems with that

I would personally style everything the same.
same button sizes, same button font sizes for the PLAY & EXTRA LIFE (also at the game over menu)
I would place (PLAY) where (EXTRA LIFE) is. that's right under the title.
For setting/about/leaderboard I would go for the (?) style buttons with flat icons inside that circular button

Overall: the menu is direct and easy to use. It could be improved a little designwise.

The game plays a little slow. I got 4160 points but it nearly took 15 minutes to get there and that's about 1.5 levels.
I first thought the aliens weren't moving at all but that's the distance projection.

Depending on where you press on the left for the joystick you select portions of or all text on screen. See screenshot

On the sides are some strange overlay shadows. I guess this is intentual? (see top right in screenshot)

there is no alien vs player collision detection yet. (I left it running while typing this and my player is inbetween the aliens now)

I tried to review the menu again but pressing back exited the app.

Overal: technically it's a good & goodlooking game but for me personally it might be moving a bit faster. Maybe an idea to select this a difficulty on the menu? 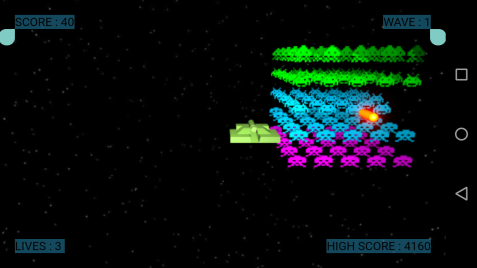 Did you appreciate my help here or on the chat? Maybe it's worth a small donation? Thanks in advance!
Try out my free games for Android & IOS | Free app promotion with Tappx​

Licensed User
Longtime User
Great, @sorex thanks for the feedback, I'll check the HTML labels.. That's the issue there - they are a stop gap as I wanted to put the text in a GUI in the BabylonJS framework but that seemed to kill the performance.... I've actually throttled the speed back, so that it matches the original - they fly by the end of the wave and get progressively quicker and quicker for each wave, but point taken

I'll take a proper look when I can get some free time.

Licensed User
Longtime User
forgot to mention that the leaderboard was pushed to the left and not centered.

maybe it's easier to center it when the close button is left out and it closes by just pressing the leaderboard panel.


I mentioned a lot but nothing critical that prevents playing the game as intended so it's good that you already uploaded it. tweaking/finetuning can be done later while ze money rolls in (hopefully)
I don't know if there are interstitials aswell? I didn't see any so far exept for the rewarded videos. 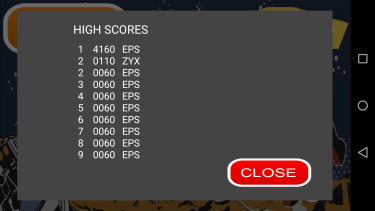 Did you appreciate my help here or on the chat? Maybe it's worth a small donation? Thanks in advance!
Try out my free games for Android & IOS | Free app promotion with Tappx​

Licensed User
Longtime User
Thanks @sorex All good ideas, a couple I hadn't considered and no one else who Alpha or Beta tested it have mentioned either.

Just trying to get the 'continue' functionality completed as I think that is the key to generating some decent earnings from this game. Still lots to do!! 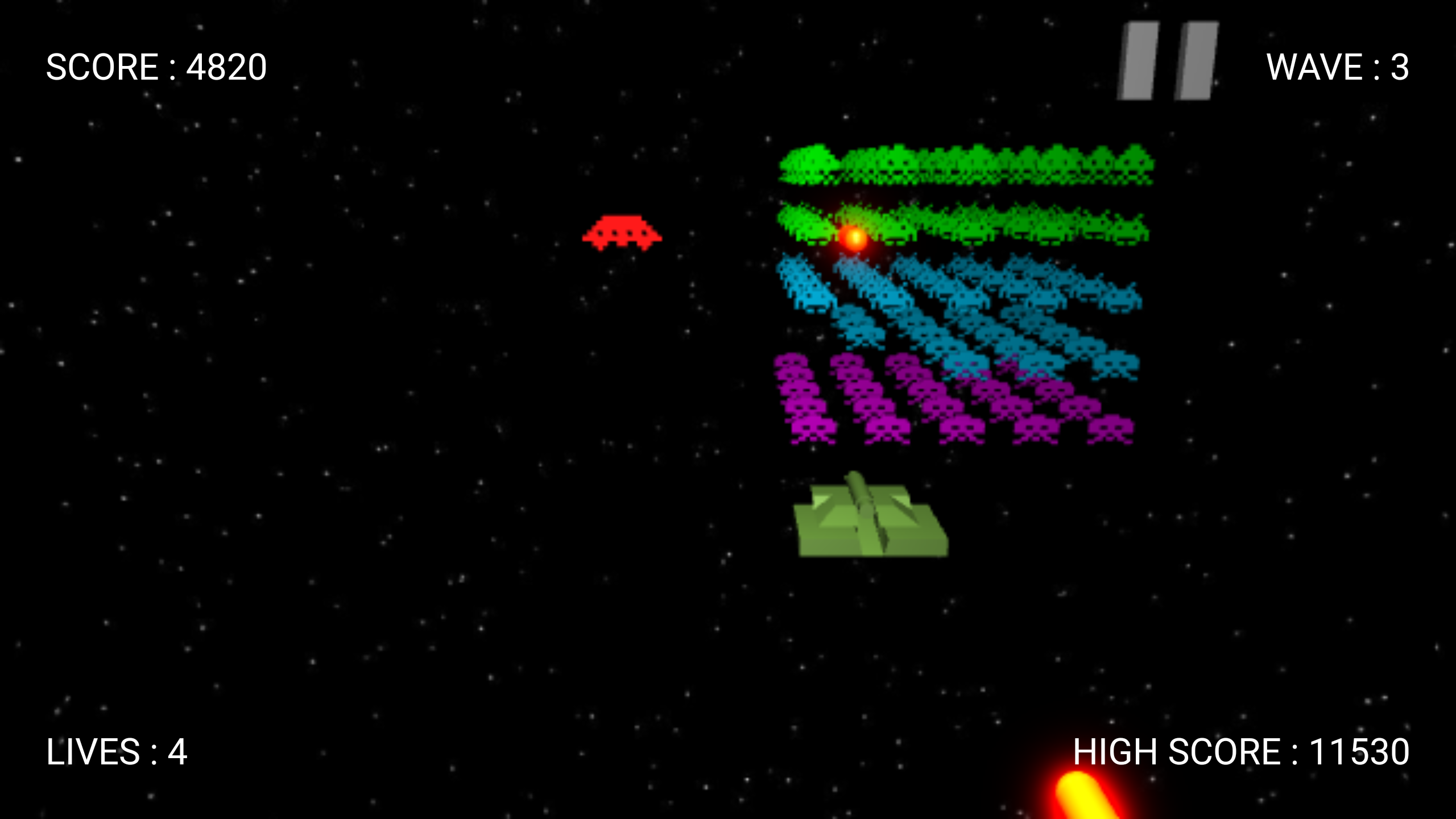 Licensed User
Longtime User
I just got the same thing for my many mini invaders game. Guess it's Google saying happy Christmas. I'm really worried about my main invaders game now. If they're honestly banning clones then I expect to see most voodoo and ketchapp games disappear too, but I doubt that will happen.
Andy McAdam - www.coffeeinducedgames.co.uk
Download my games - https://play.google.com/store/apps/developer?id=Coffee Induced Games
YouTube Channel - https://www.youtube.com/channel/UCFKnTtteZxaVig_iAcBMYQg

Licensed User
Longtime User
Your stuff looks okay - I guess I was sailing a bit close to the wind with a couple of items. The really annoying thing is that it doesn't say why - it's almost as if they don't quite know why but they feel it violates something so we'll suspend it and get the developer to either run away or make some changes and re-submit.

Licensed User
Longtime User
Maybe it's that Taito artwork on the menu they got complains of?

But indeed, they have a set of buttons that they can press to ban an app and send an email template.

I have to admit that the last time they sent screenshots with arrows on it identifying what the problem was
(a gamepad icon to go to my google play page that didn't state that it would show more games which was seen as hidden/forced advertising.
strange because that's what interstitial ads are aswell)
Did you appreciate my help here or on the chat? Maybe it's worth a small donation? Thanks in advance!
Try out my free games for Android & IOS | Free app promotion with Tappx​

Licensed User
Longtime User
Cheers! I've updated the game visuals and 'advertising' images in Google Play. Hopefully they will be happy with it now.... My email just stated that 'they' - I guess Google Play Store felt that it impersonated 'something' but didn't say what.... oh well!