Licensed User
My Android app uses designer script to adjust the size and position of each control. The AutoScaleAll is left on (not commented out). In use, the app looks like this: 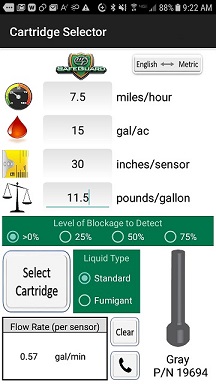 On a different, larger device used by my colleague, it looks very similar. However, another colleague using the same larger device as the first colleague, but who has customized his device to use larger fonts, sees this view of the app, with the text truncated due to larger fontsize.

Is there a way I can override the custom fontsize settings in a user's device so that the font will fit properly within my app?

Licensed User
Thank you, Erel. I reset my device to display larger font and tested the project with the font scaling code incorporated. What I've observed is that when I first open the app, the font sizes are large and truncated within the controls. But if I release focus of the app (without closing it) and then retrieve focus on the app, then all the fonts are re-scaled as desired.

I believe that because I am using a splash screen, it was contributing the effect described above. After I added the ResetUserFontScale(Activity) statement into the TimerSplash_End sub (as well as the keeping it in the Activity_Create sub where I already had it), I now get the desired font re-scaling in both the initial focus and when I refocus.
Last edited: Nov 14, 2018

Licensed User
Is there a similar process needed and/or available in B4i when I convert this Android App to an iOS app?

Lori Scott said:
Is there a similar process needed and/or available in B4i when I convert this Android App to an iOS app?
Click to expand...

Better to discuss it in B4i forum. It is not needed as the user settings do not affect the app font sizes (they are not set as dynamic sizes).
B4X programming - video tutorials
All Android developers should read
Teaching programming with B4X
You must log in or register to reply here.
Share:
Facebook Twitter Reddit Pinterest Tumblr WhatsApp Email Link
Top