Other Android SDK, managerS and platforms

Licensed User
On my PC I have a big... (I would like to use a bad italian word, here ) chaos.

I think that when I installed all Android SDK stuff I did it leaving the default (suggested by the installer) directory, which was the user's AppData.

"Recently" I used the manager added to the B4A IDE and, as suggested, installed "all" in C:\Android. 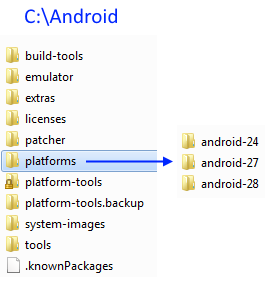 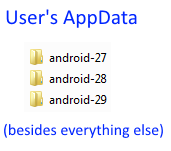 The only way to make it work was to set the path to platform 29 in the AppData (without modifying the manifest).

Licensed User
That's strange.
Recently I renewed (I mean that I recreated from zero) the SDK folder and I moved Platforms and System Images from old one to avoid download again.
Ci sono 10 tipi di Persone: quelle che conoscono la Numerazione Binaria e quelle che non la conoscono.
There are 10 types of Persons: the ones who knows Binary Numeration and the ones who doesn't know it.
You must log in or register to reply here.
Share:
Facebook Twitter Reddit Pinterest Tumblr WhatsApp Email Link
Top