Control inputs and output of Arduino with Android. Switch 4 Arduino outputs by the toggle switches and read 4 inputs by the 4 lights, read voltage of 2 analogue inputs and adjust analog output (PWM). Digital inputs are pulled up. Analog inputs not used can be connected to GRD. The Arduino update data every 1 second. Library felUsbSerial has to be added to the B4A code, can be downloaded from GitHub.
Software includes code for Arduino Uno or Nano. Arduino sends 8 bytes and receives 2 bytes.
Connect Arduino to Android via OTG (On The Go) cable, the Arduino gets its power from the Android device. 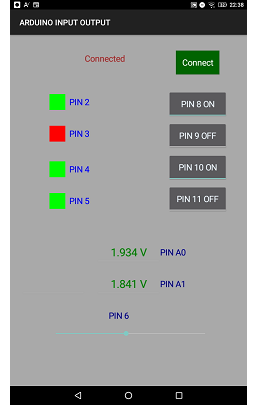 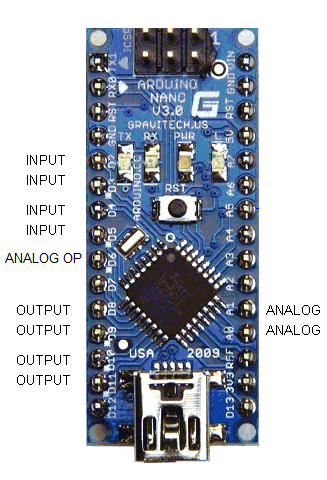 E
Android Question send a byte from android to arduino