Staff member
Licensed User
I'm happy to release B4J v6.00 BETA. This is the largest update to the IDE since the release of the new IDE.

Several important components were rewritten to provide more features and better performance:
The major improvements are:

The beta version can be downloaded here: www.b4x.com/b4j/files/beta.exe

As this is a beta version it is recommended to backup your projects before opening them in the new version.

Licensed User
What is the underline under a module name signify? 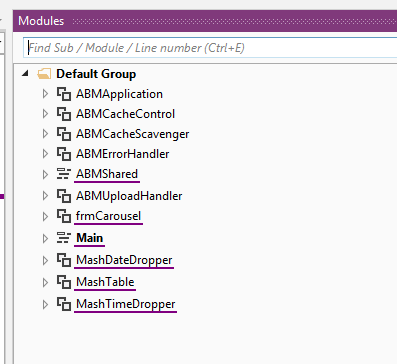 Staff member
Licensed User
Purple line = there is at least one warning in this module.
Red line = error in module.
[B4X] Features that Erel recommends to avoid
[B4X] "Code Smells" - common mistakes and other tips
Upvote 0

Erel said:
Purple line = there is at least one warning in this module.
Red line = error in module.
Click to expand...

will it trace it to the sub in the future?
Mashy's B4J Overview, My CodeProject Articles, B4X Design, Documentation ,XML2BB ,BANano

Licensed User
Will it be the similar update for B4A?
Upvote 0

EvgenyB4A said:
Will it be the similar update for B4A?
Click to expand...

Other B4J Beta is available
2