Camera2 library is based on the Camera2 API introduced in Android 5 (API 21).
It is designed to work together with CamEx2 class.
It is supported by B4A v7.3+. The library will be included as an internal library in the next update.

Both image capturing and video recording are supported.
CamEx2 class is built to be extended. Camera2 native API is huge. 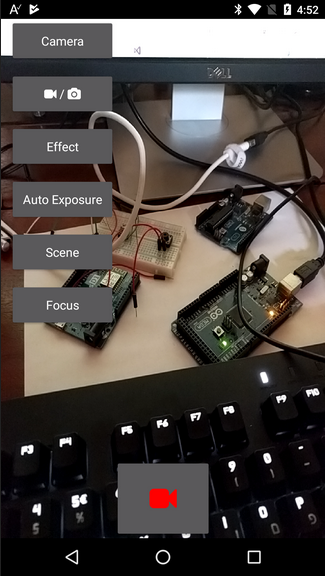 Video capturing is done by calling StartVideoRecording and StopVideoRecording.
The surface needs to be recreated after the video is recorded.

When you open the camera you receive a number called TaskIndex:

B4X:
If the value of TaskIndex is 0 then the camera failed to open. Otherwise you need to store it in a global variable and pass it to other camera methods.

The camera can be stopped or reopened while other asynchronous tasks are running. The task index is used to cancel running tasks in such cases.

- The RECORD_AUDIO is not added automatically as it is only required when recording video. In such case you need to add it with the manifest editor:

B4X:
CamEx2 class is is included in the attached example.
It depends on Camera2 v1.10+.

Licensed User
Longtime User
I can't compile this app.
Camera2 lib not found.
I have updated APi, but still not work. 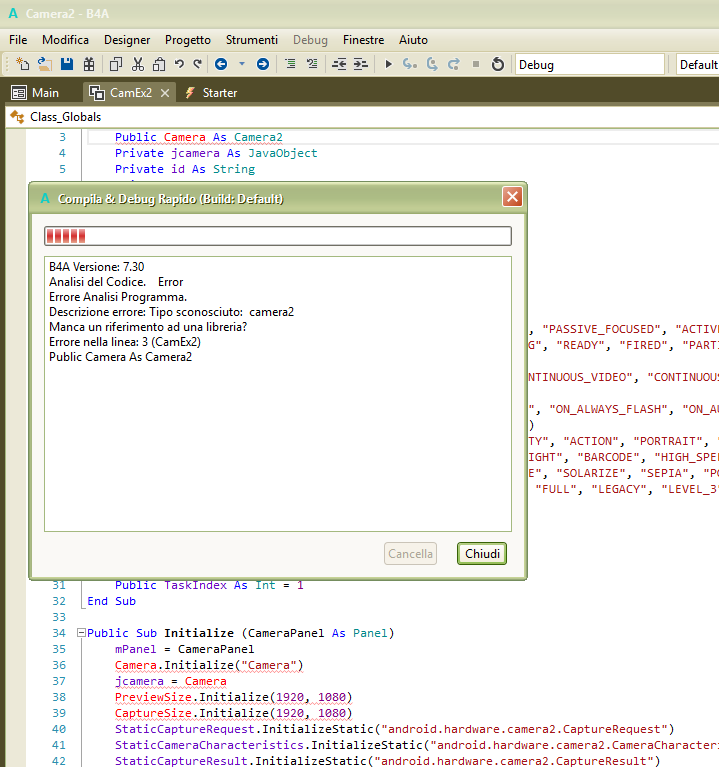 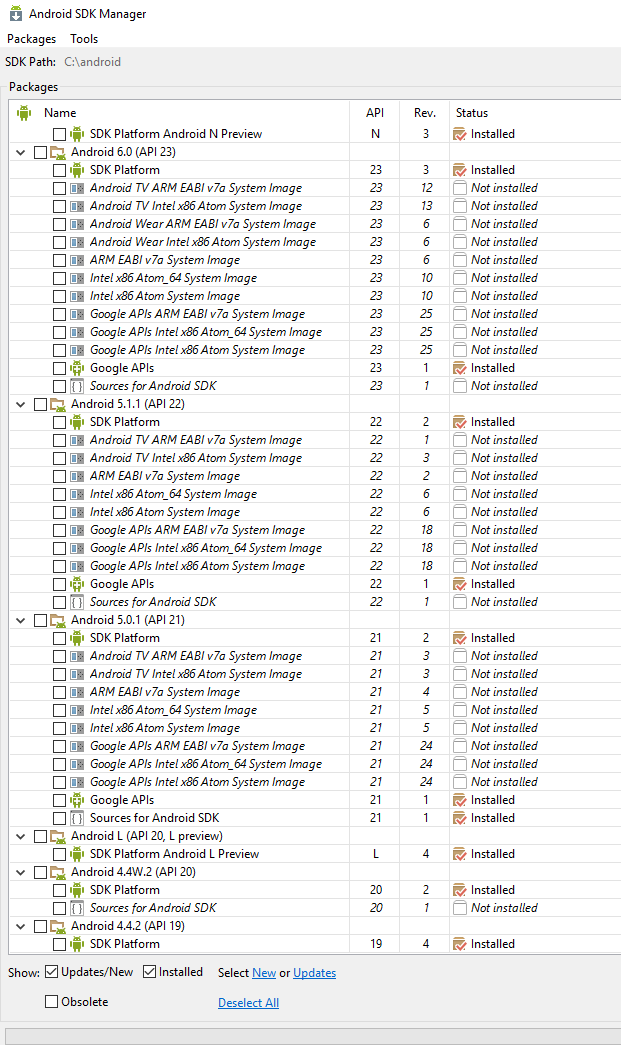 Licensed User
i have this problem, anyone can help me?

Staff member
Licensed User
Longtime User
1. Please start a new thread for this.
2. Make sure to post the error message as text instead of screenshot.
[B4X] Features that Erel recommends to avoid
[B4X] "Code Smells" - common mistakes and other tips

Staff member
Licensed User
Longtime User
This is a digital zoom. It only affects the preview. You can crop the final picture if you like to achieve the same effect.
[B4X] Features that Erel recommends to avoid
[B4X] "Code Smells" - common mistakes and other tips

Also, how can I set:

I get this error when I am trying to do picture:

Licensed User
Longtime User
I'm getting this error when trying to compile your example:

I've struggled with Manifest changes...etc. but nothing seems to fix this. I'm running version 8.50
Any ideas?
Thanks
Rusty

Licensed User
Longtime User
I changed it to b4a.cameratest and still get the error.
Any other ideas? BTW, I'm installing it to BlueStacks emulator and have been using it for a variety of apps over the past 4 or 5 years...just FYI

UPDATE: After explaining that I was using BlueStacks, I moved to a real device on which the application works fine...
Last edited: Oct 12, 2018

Licensed User
Longtime User
There is a Gothcah with Focus, at least on my Insignia tablet:

I try CameraEx2 ver 1.20 in my Samsung galaxy s8, but when I swith in camera mode the software stopped with this following error:

1. You should always start a new thread for your questions.
2. You should upload a sample project which shows the issue. Hiding the code used is of NO help for us to help you.
Regards Manfred