Scene Editor is a tool for game developers and game designers to visually design scenes (e.g. different levels of a platform game or different scenes of an adventure game) with identical results to what will be obtained with code, and the ability to simulate object physics using the Box2D engine. 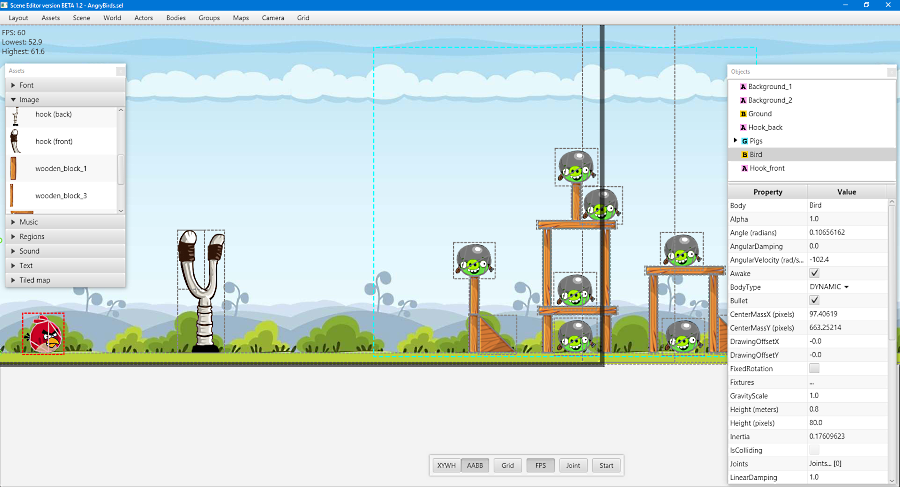 It is planned in the future that this tool will automatically generate code for libGDX, SimpleGameEngine or X2. For now, you must read the file produced by Scene Editor in your application and create the different objects yourself according to the content of the file. Here is a piece of code that will help you read the file in SEL format.

Current limitations:
- Export functions are not implemented (except Export as text)
- You cannot change the scene colors for bounding boxes and debug drawings
- No multiselection
- No script

The shape editor for bodies: 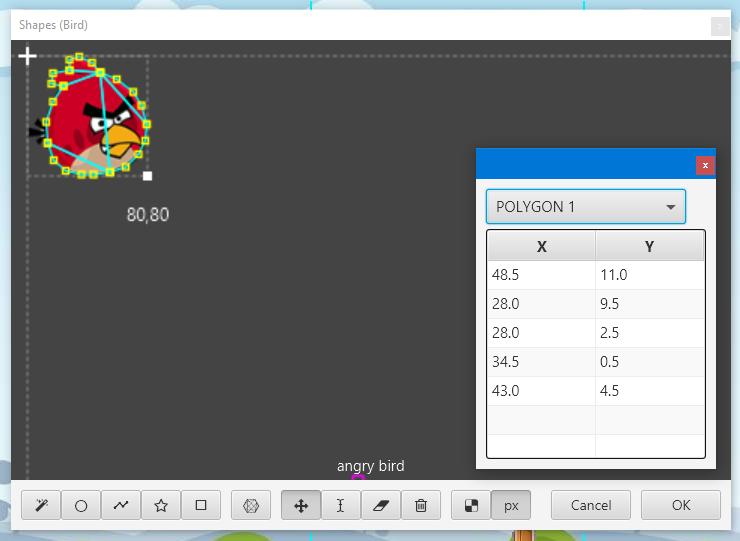 The selection tool for animations: 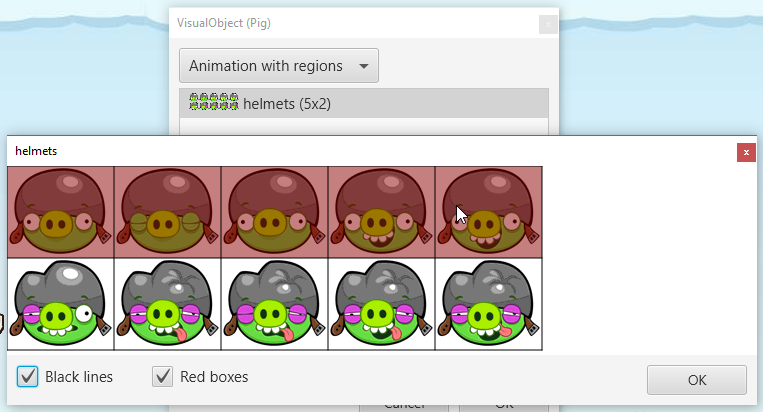 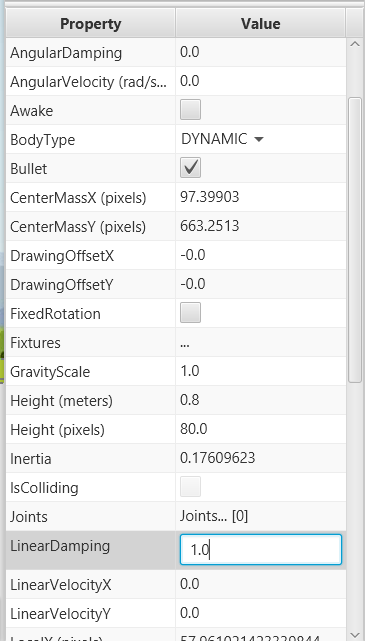 The fixtures editor for bodies: 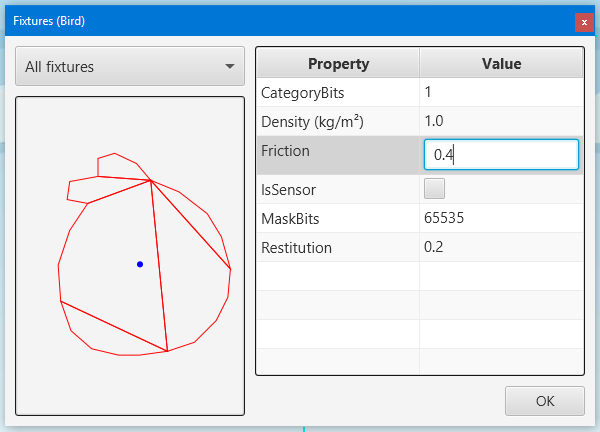 Scene Editor would not have been possible without these libraries:
- jObservable
- jSimpleGameEngine
- jTableViewExtended
- XUI2D
...and the work of Aurélien Ribon on PhysicsBodyEditor.
Last edited: Jul 29, 2019
Click to expand...