only if they only use the hosted builder.

Licensed User
Which version of the .NET framework will this use?

WhiteholeSoft said:
Which version of the .NET framework will this use?
Click to expand...

Can u please take an option on new version of B4A for show or hide compile & debug screen?
I know we can compile and run on background by using Alt+3 but my suggestion is about to a possiblity to have Compile & Debug screen on corner of b4a
At this time after each compile we must click on close button to exit from this page
This is just a suggestion and excuse me if i post a wish on unrelevant thread
Thank u for your hard work @Erel

Staff member
Licensed User
In the new version the compile & debug window is closed automatically 3 seconds after compilation if the window is not focused (which is the case by default in Debug mode).

Ok thank u
That's just a suggestion,i think if we have this windows on left bottom corner(a small progress bar or a text for percentage of compile,....)is better
but for now this is good news i'm wait for big update
Last edited: May 1, 2015

Licensed User
The versionnumber does not count. The program itself does 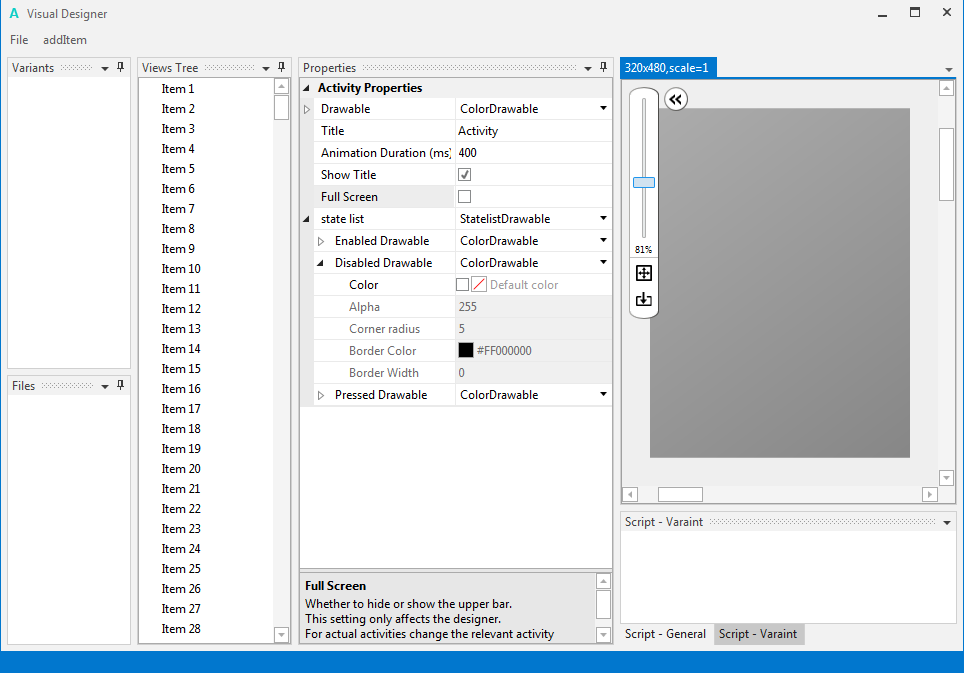 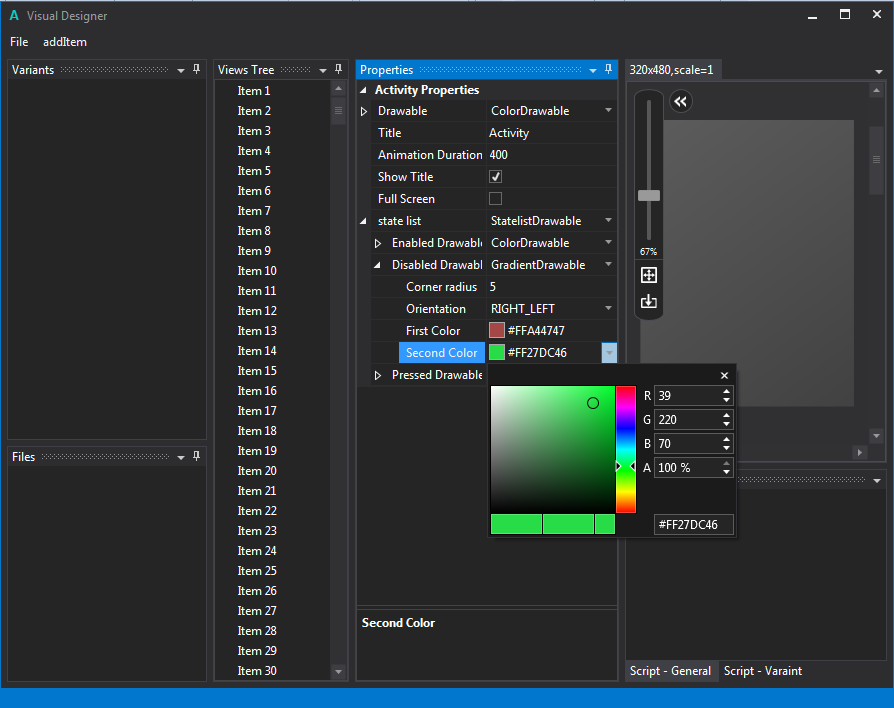 I have 2 questions for you.

1. Will you be adding some way (like a check box) to quickly expand or collapse the tree view. When working with lots of panels (like a widget with lots of layouts), it a complete pain collapsing all the panels, just my thoughts?

2. Will we still be able to undock the abstract designer?

Anyway I really like the new look of the designer. M$ could learn a thing or two from you when it comes to IDE design, it just looks great...

Sure; it is not designed by M*

Peter Simpson said:
2. Will we still be able to undock the abstract designer?
Click to expand...

Assuming it is since it's in a "tab".

I want to mention something that I use very frequently. I hope it's available or considered in the new version.

I'm using version 3.82. I'm the middle of a large ongoing project or I would've upgraded by now.

In the current designer one can choose the layout size (ex. 480x320 landscape) and a black area is drawn in the designer to represent this layout size. But the designer window can be extended to give a much greater working area. I use this extended working area to "stage" layout elements such as panels or image views which are then later brought in to the visible area of the activity during execution when they are required (for example as a pop-up dialog).

An example of the Abstract Designer window for one of my layouts is: 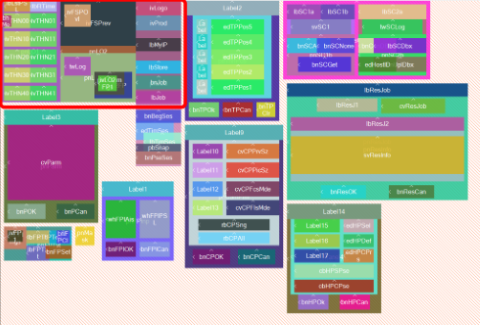 The area outlined by a red rectangle in the upper left-hand corner shows the 480x320 layout size and the default views placed in this layout. All the other stuff outside of this 480x320 rectangle are various things that are part of the activity, held not visible until needed, then made visible and temporarily brought in to the visible area of the activity. These are things like dialog boxes, sliding menus, and confirmation panels.

I'm guessing this might be a nonstandard way of using visual designer, but I find it extremely useful and it has become indispensable.

I hope this capability will be preserved in the new interface. I think the only requirement is that the designer workspace area size can be increased well beyond the actual layout size. In the example above the layout size is 480x320 but the workspace area I'm using is probably more like 1200x1000.

Staff member
Licensed User
Short answer: yes.
Long answer: the main purpose of the additional workspace is to allow you to move views to the visible area when you switch from a large variant to a smaller one.
See the scroll bars position in the image I posted.