Apologies in advance if it's my bad, and I'm obviously thinking that I may have an environmental issues, but using the ASTabStrip example given in post above I see screen below ? 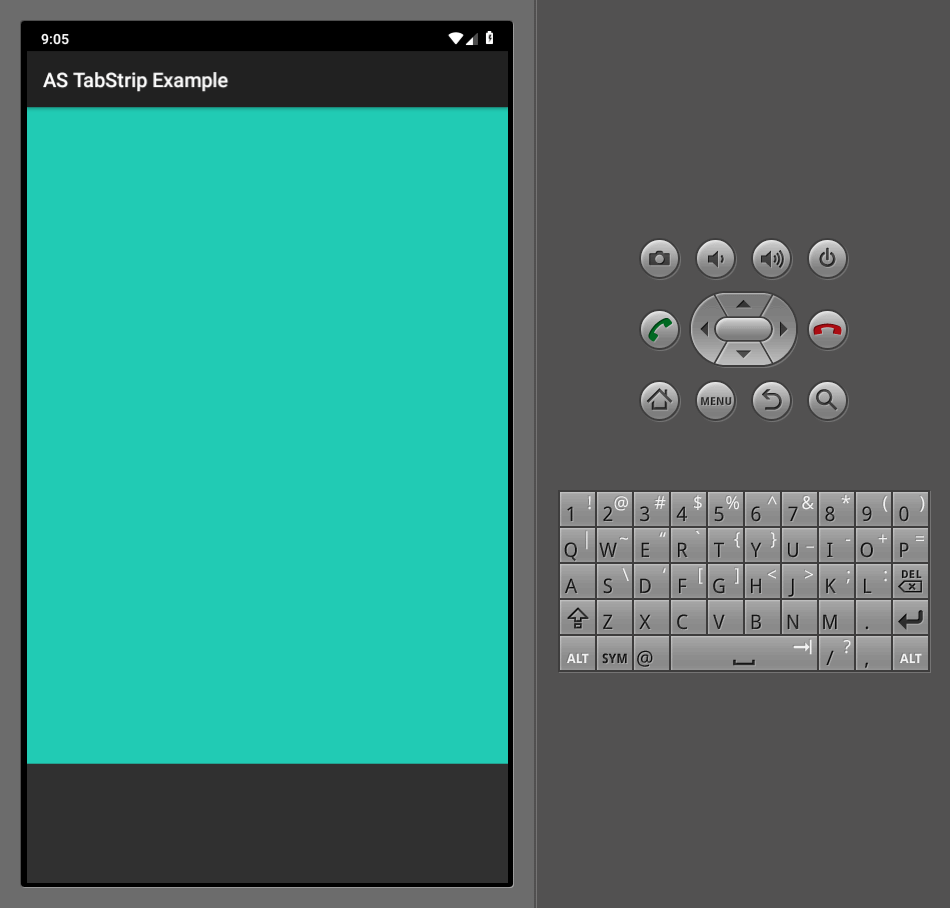 Instead of the working

Both the AsTabMenu and ASViewPager appear for a 'micro second', but then the AsViewPager appears to "overlay" or move over the top of the ASTabMenu. The ASTabMenu cannot then be seen or used. I've tried all weekend to resolve this but to no avail ...

To Note:
The ASTabMenu and AsViewPager examples work - as far as I can tell
The issue for ASTabStrip occurs on my test environment - a platform 28 emulator, and two Huawei phones (Android 10 and 9) - either via bridge or installing via APK.

To assure the environment I have: 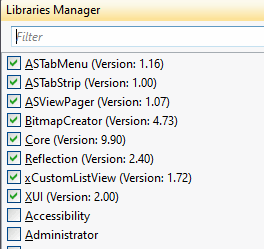 Other things of note
In the ASViewPager example I could not see a designer property named "orientation" using library 1.07?
but there is "string with list" custom property which offers vertical/horizontal and allows me to change orientation?

For the ASTabStrip example I tried a few things but got same result every time:

Any suggestions gratefully received as I would really like to use ASTabStrip.

Thanks in advance
Last edited: Nov 30, 2020
Sort by date Sort by votes

Licensed User
Hey, thanks for that and I'm sorry you wasted so much time finding a solution.
I'm happy to say it is fixed now in 1.08 of ASViewPager.

Hey, thanks to @KZero for his good zPager class, i was able to extract a few things from it to make this cross platform view. I spend a lot of time in creating views, some views i need by my self, but some views not and to create a high quality view cost a lot of time. If you want to support...

www.b4x.com
[B4X] AS Views Overview
You saved time and effort? You like what i do? show it with a small donation.
Upvote 0

Licensed User
Thanks Alexander for your fast turn round and working solution, and for all your excellent products ☺
(and I've got an up to date environment now as well !)
Upvote 0
You must log in or register to reply here.