I created a custom ImageView view that allows you to upload an image from the web.
Just pass the URL as a parameter
This class is B4X but does not depend on the XUI library

NOTE: You can use this library for personal and commercial use. Include it in your projects.. Attention, even if it is a B4XLib library, it is not allowed to decompress it, modify it, change its name or redistribute it without the permission of the author 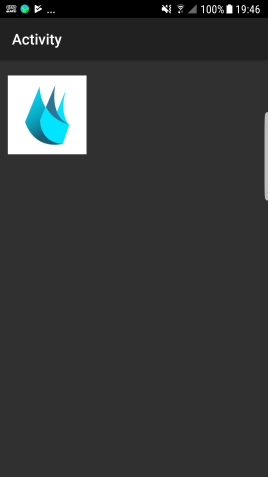 Expert · 49 · From Sicily-Italy-Europe-Earth-Solar System-Milky Way
I always try to do what I am not able to do, to learn how to do it.

max123 said:
I don't know what is the problem
Click to expand...

The choice of available software is protected by copyright. This means that only the owner of these rights can choose the name of the product, distribute and modify its source code.

Some developers waive the right to profit from it and distribute their product for free.

Few others decide to renounce the right to be the only distributor of the sw and grant others the right to redistribute it.

Still others give up the right to modify the code, and make the project open, so that others can modify and improve it.

max123 said:
I understand that everyone is free to do as they wish
Click to expand...

Licensed User
Longtime User
To solve your issue I simply uninstalled your library and don't think I'll ever use your libraries again.

There are people who seem to be great just because they put 2 initial letters of their name on the name of libraries and who does not care much if users has hard time to search that libraries on the Library Tab if he hasn't used it for maybe a long time and luckily there they are people like me who do not care that their name appears on the name of the library, in fact as I said in none of my libraries appear my name, that libraries I will release next, some also opensource on github with the complete code as Erel did in the B4X github repository.

But I fully realize that not all people on this planet can think of it the same way.

If you wanted an user not to change the name of your library because it is bad for the reason explained above, you should have avoided publishing it as a b4xzip library, you were aware of what you were doing, in fact I will do this only with libraries that I want make public, most but not all, and not only users will be able to feel free to change their name (only for personal use and not to redestribuite it with changed name) but above all to make sure that people can help and help change and improve and speed up the code.

Erel from this point of view has offered a great tool with which you can distribute libraries to anyone who wants to improve them and with all the contents they need within the b4xzip file, a super brilliant idea because it allows you to have everything you need inside a single file for the project, like as java executable works.

Your philosophy is totally opposite to all this, you want the name not to be changed (even on a single local machine, and just for praticity), and what happens then if I change the code to correct some bugs that I find and that you have left?

And note that I changed it's code on first run (other users too) on B4J because the example you distribuited not compiled and returned an error because no 'xm' variable declared, this means that you have distributed it without actually testing on the B4J IDE. Very good

Last edited: Jan 25, 2020
If I helped or my code help you, please make a donation, so I will continue to release new free open source code.

This is my Overview
Happy coding with B4X Tools.
You must log in or register to reply here.